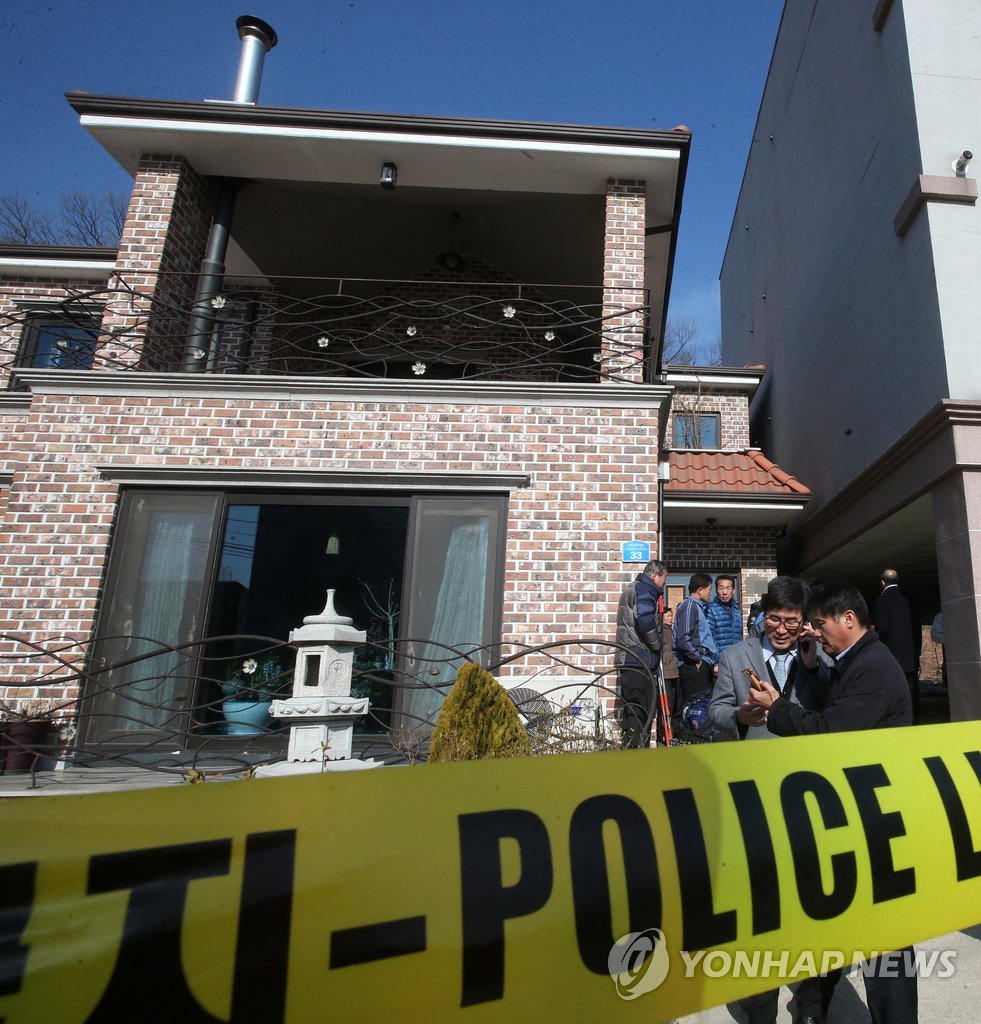 (LEAD) 4 dead after shooting spree in Hwaseong
(ATTN: UPDATES with details, background throughout)

HWASEONG, South Korea, Feb. 27 (Yonhap) -- Four people were dead on Friday after a gunman armed with a hunting rifle opened fire inside a home in this city south of Seoul, authorities said.

Police said they received a phone call around 9:30 a.m., saying the caller's uncle had shot her parents in a two-story residence in the central Hwaseong district of Namyang.

Inside were the bodies of an old couple who appeared to be married, the head of a local police substation, and a man presumed to be the husband's younger brother and the suspect, authorities said.

The couple's daughter-in-law sustained a minor injury after jumping off the second floor to escape and was being treated at a hospital, they said, adding she appeared to be the one who called.

Authorities believe the police officer was the first to arrive at the scene and was shot to death in the process of confronting the suspect, who appears to have killed himself.

The suspect was found to have withdrawn two shotguns at an unidentified police substation an hour before the incident.

The incident comes two days after a gunman killed three people in the central city of Sejong before turning the gun on himself.

Civilians are rarely armed with guns in South Korea. Only those with genuine reasons are allowed to own one, and it must be stored at police substations.

Previous shooting incidents, which are also rare, have commonly involved military personnel, as all able-bodied men in South Korea are trained how to use guns during their mandatory military service.