Many local experts agree that the recent spike in real estate prices may have been very well expected, if not intended.

Last Thursday, the finance ministry, together with the Financial Services Commission (FSC), announced a set of measures aimed at limiting the rise in household debts.

Among others, the measures sought to reduce fresh mortgage loans by limiting the supply of new homes.

The logic behind those measures appeared simple enough at first.

As of end-June, home-backed loans, mostly considered mortgage loans, came to 500.9 trillion won, accounting for 75 percent of the total 667.5 trillion won extended by local lenders in household loans, according to the Bank of Korea (BOK).

The government insisted, and many believed, that limiting the supply of new homes would reduce the need for fresh mortgage loans and thus limit the rise in overall household debt. 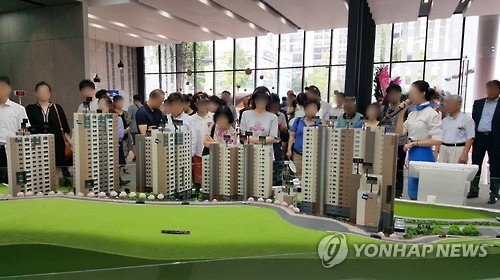 The measures are, however, rather causing overheating in the real estate market, apparently the exact opposite of their intended objective of reducing the market demand for homes.

"The market is all about psychology. And when the government announced it will limit the supply of new homes, it rather helped remove long-held fears of consumers and the market that apartment prices may collapse due to an oversupply. It also sent a signal that already short-supplied markets in Seoul, especially the Gangnam area, will face an even more serious shortage of homes, making such markets more attractive," said Ko Jong-wan, head of the Korea Asset Management Institute, a private think tank.

In the first round of bids to sell sections of a new apartment complex in the plush Gangnam area last week, an average 100.6 people applied to purchase one of 63 apartment units up for grabs, while an astonishing 1,198 people placed their bids for each 84-square-meter apartment unit available.

"The apparent overheating comes because the government measures did not include the most effective tool to do so, which is a ban on the resale of purchasing rights," Ko argued. "This allows short-term investment, which means there will be speculation."

The chief researcher at the institute claimed the government will likely come up with follow-up measures to address such problems, also noting the government has always intensified its measures gradually.

"The government always takes its steps in leveled stages. It starts with low intensity measures and reserves the most powerful ones for last. The real estate market is in high season between September and October, so the government will wait to see movements in the entire market over that period as overheating currently remains limited only to a few areas," he said.

FSC Chairman Yim Jong-yong, too, has warned of additional measures to ease overheating.

"An increase in demand caused by overheating and speculation directly leads to a rise in collective loans. The government will set up emergency measures and immediately counter such developments," he said while meeting with reporters on Monday. 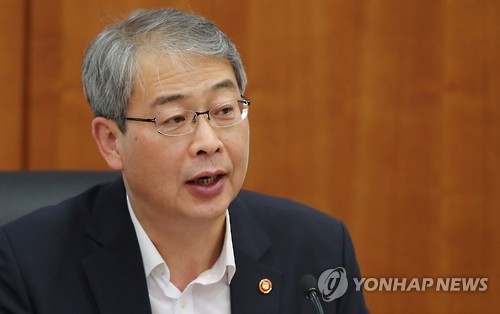 Still, many believe the government may have well predicted, or even intended, a rise in demand and thus prices.

"Mortgage loans do make up a large part of household loans, but the main reason for the recent increases in household debts is because the economy is so slow. People are ending up with reduced income, while the number of jobs is also shrinking, forcing many to depend on loans for their living," a BOK official said, asking not to be identified.

"A reduction in the supply of new homes will eventually get its job done as there will simply be fewer homes to be purchased, and so less need for mortgage loans. But the government could not afford to put a cold spell over the entire real estate market because it is about the only thing keeping this economy alive, and worse economic conditions will mean more people depending on loans to live," he added.

The official explained the construction sector itself accounts for less than 4 percent of the country's gross domestic product (GDP), but its overall weight shoots up to over 8 percent of the GDP and also 15 percent of local consumption when accompanied by its related sectors that include the home appliances industry, noting people tend to replace their old household appliances when moving into a new house.

Ko agreed, saying what he called high intensity measures would have frozen the real estate market, along with the entire economy as well.

"Policymakers must always consider all aspects of an issue," he said. "The latest government measures do appear to be somewhat less elaborate, and I am not sure if the government sought to kill two birds with one stone, but I will not be surprised if it did."