The Korea Centers for Disease Control and Prevention (KCDC) said the three underwent the treatment at a hospital in the central city of Chungju.

"It looks like the outbreak occurred during the process of injecting heparin as the hospital uses the anticoagulant drug to stop the blood from clotting," said a KCDC official. 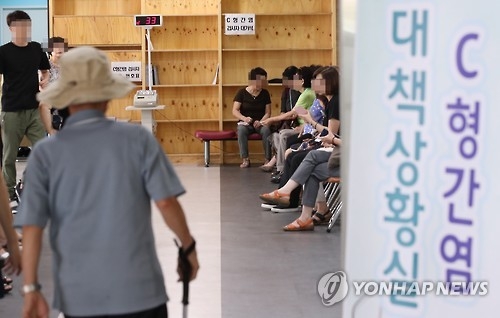 Just one day before, more than 200 people were found to have been infected with the disease in the southern part of the country, prompting health authorities to conduct an epidemiological investigation.

Last month, more than 11,000 patients who received treatment at a clinic in Seoul contracted the disease after receiving various injections last year.

The hepatitis C virus causes both acute and chronic infection. There is currently no vaccine, though about 15 to 45 percent of infected persons will spontaneously recover and clear out the virus within six months of infection without treatment, according to the World Health Organization.