SEOUL, Sept. 1 (Yonhap) -- A local court on Thursday approved a filing by financially shaky Hanjin Shipping Co. to be put under court-led restructuring, paving the way for the country's No. 1 shipping line to avert liquidation.

On Wednesday, the world's seventh-largest shipper filed for court protection after its creditors, led by the state-run Korea Development Bank, rejected its self-rescue scheme worth 500 billion won (USD$ 446 million), saying it was not enough to help the shipper get on a normalization path.

With the application accepted, Hanjin Shipping's assets and debt repayments are frozen during a deliberation period, and new management is required to come up with a new rehabilitation plan by Nov. 25. The shipper's debts are estimated at some 6 trillion won as of the end of June.

"We decided quickly to begin court receivership for Hanjin Shipping, the country's leading shipper and the world's major container shipping line, given its presence in the local shipping industry and its impact on the economy as a whole," the Seoul Central District Court said.

The court appointed a local accounting firm to submit a report on the shipper's status by Sept. 28. 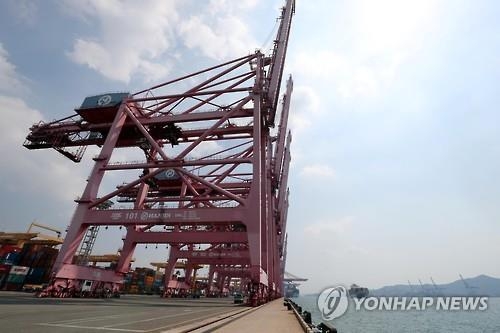 There have been speculations that Hanjin Shipping may be liquidated as its fleets are seized by creditors, forcing its clients to cancel their contracts with the shipper. But Hanjin Shipping's creditors may seek to seize the ships as the court-led rehabilitation is not applied to overseas.

The company’s latest restructuring scheme centered on an infusion of 400 billion won from its largest shareholder, Korean Air Lines, which fell short of the creditors’ demands, which were at least 600 billion won.

The creditors have been ratcheting up pressure on the shipper to roll out stronger plans with a threat to put it under receivership.

Meanwhile, the receivership filing has sent ripples through the country's cargo exports with some vessels of the top shipper denied entry to the No. 1 port here and its clients struggling to find alternatives for their shipments.

Hanjin Shipping's container vessels were denied access to the port of Busan in the southern part of the country, and container lashing providers have refused to work with its container boxes out of concerns they would not be paid. 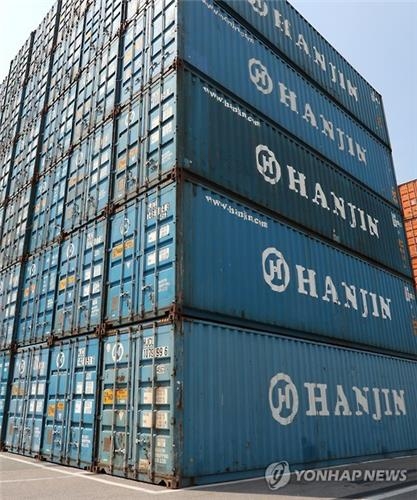 Also, a container ship run by Hanjin Shipping was ordered to stand by instead of anchoring at a local port. The ship was set to ship electronic goods overseas, the sources said.

Currently, Hanjin Shipping accounts for some 40 percent of Samsung Electronics Co.'s cargo shipments, with the comparable figure for LG Electronics Inc. being some 20 percent.

Usually small electronic devices such as mobile phones and semiconductors are shipped by air, but large goods such as home appliances are carried by sea.

Clients are also searching for alternative shippers for their goods as Hanjin Shipping's vessels are feared to be seized by its creditors.

Hanjin Shipping said earlier one of its container vessels was already seized in Singapore by a creditor, and a slew of its ships were denied entry to ports in China, the United States, Canada and other nations.

The country's maritime ministry said earlier that it will work to help smooth out flows in the cargo trade for local exporters and importers by putting in substitutes for Hanjin's vessels that may be seized.

The ministry estimated that the process for a total of 540,000 twenty foot equivalent (TEU) containers may be delayed, and shipping goods to foreign countries may be difficult for the next three months.

Meanwhile, Hyundai Merchant Marine Co., the country's No. 2 shipper, plans to add 13 ships on routes to the American and European regions in order to replace Hanjin Shipping's capacity.