SEOUL, Sept. 2 (Yonhap) -- President Park Geun-hye on Friday left for Vladivostok, Russia, to attend an economic forum and a summit with her Russian counterpart Vladimir Putin, as part of her eight-day trip that also includes visits to China and Laos. 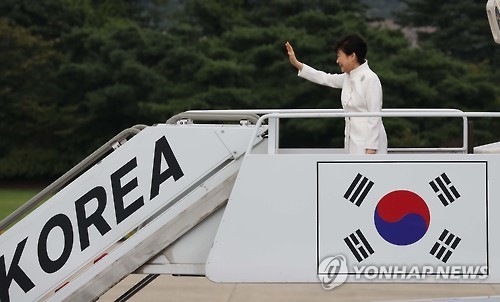 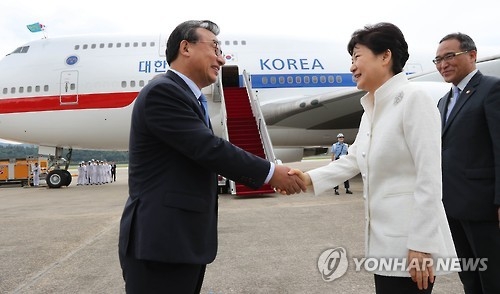