The book aims to better inform foreign government organizations, businesses and people about South Korea in a comprehensive manner. It is also the only English-language almanac published in the country. 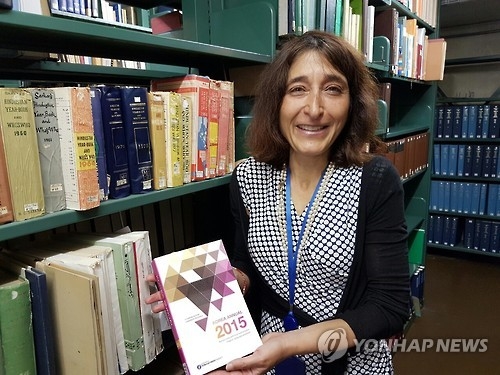 Cristina Giordano, a librarian at the library of the United Nations Office at Geneva, told Yonhap in an interview Thursday that the book has been a valuable resource for U.N. officials and members of other international organizations, research bodies, diplomatic missions and universities in Geneva.

Many people have asked for research material on South Korea and East Asia, but supply has been limited, she said.

The library holds copies of all the Yonhap almanacs published between 1982 and 2003. In 2004, the news agency halted its publication before resuming it in 2013.

The library recently requested donations of the almanac and other Korea-related resources from South Korea's permanent mission to Geneva.

Giordano said the mission's donations helped increase the library's collection of material on the country.

The almanac contains all of the latest information on South Korea and covers a wide range of subjects including politics, economy, society, culture, sports and North Korean issues.

This year's edition, with 496 pages, provides detailed coverage of key events from last year, including the outbreak of Middle East Respiratory Syndrome (MERS) in South Korea, the death of former President Kim Young-sam, President Park Geun-hye's participation in a military parade in China, and the South Korea-Japan deal on the "comfort women" issue. 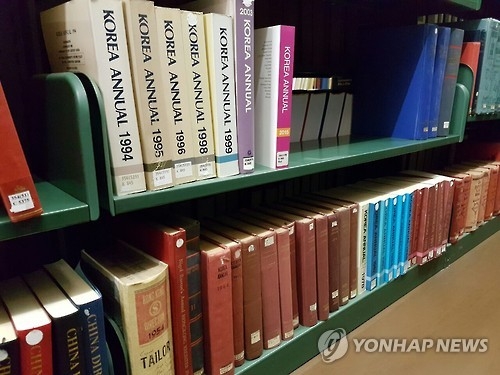