GWANGJU, Sept. 2 (Yonhap) -- The Gwangju Biennale, the biggest biennial contemporary art festival in Asia, started its 66-day march for democracy, human rights and peace through art in the southwestern South Korean city of Gwangju on Thursday, with some 1,000 artists, government officials and diplomats attending its opening ceremony.

The Biennale was founded in 1995 in memory of the 1980 pro-democracy uprising in Gwangju, 330 kilometers south of Seoul, and this year, in its 11th run, it features works by some 120 artists from 37 nations under the theme of "What Does Art Do?"

"As expressed in the declaration for its launch, (I hope the Gwangju Biennale) will be a venue for communication with people around the world by disseminating the spirit of democracy, human rights and peace to the world," Gwangju Mayor Yoon Jang-hyun said in his welcoming address. 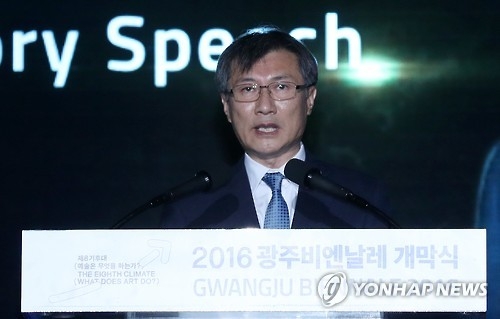 Culture Minister Kim Jong-deok also wished for the Biennale's success in his welcoming speech read by Vice Culture Minister Chung Kwan-joo, saying, "Gwangju has been able to develop into the center of culture in Asia, owing to its distinctive cultural asset, the Gwangju Biennale."

During the opening ceremony, renowned artists Dora Garcia of Spain and Anton Vidokle of Russia were chosen as recipients of the Noon Award, which is given to established artists whose works are in line with the Biennale's pursuing values and are high in experimental spirit.

South Korean actor Hyun Bin was appointed as a promotional ambassador for the event.

At the end of the opening ceremony, Gwangju citizens released LED balloons into the sky to wish the event a success. 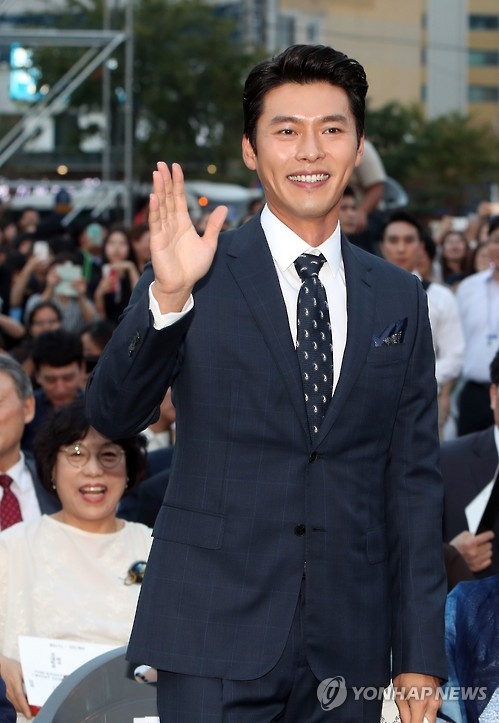 The Bienalle provides various exhibitions and programs in many places in the city.

Works of nine young artists, who have been selected through the event's "Portfolio Review Program," will be displayed at Mugaksa Temple until Oct. 31, and a special exhibition will be held at the Asia Culture Center until Nov. 6. A Korean-Taiwanese exhibition will also run at the Gwangju Museum of Art through Nov. 13.
(END)