SEOUL, Sept. 2 (Yonhap) -- A local court on Friday sentenced former executives of South Korea's national swimming federation to jail for a string of corruption charges, including bribery in exchange for peddling influence over the selection of national team members.

The Seoul Central District Court handed down a three-year prison term to one of the former executives of the Korea Swimming Federation, identified only by his surname Chung, and ordered him to forfeit some 440 million won (US$393,000) he illegally obtained.

He was convicted of receiving some 230 million won in bribes from another executive member, identified only by his surname Park, between 2004 and 2015, as well as from other people, in return for promising to give them favor in the national team selection.

Park was also sentenced to 10 months in prison for offering bribes, but he got a two year suspension.

Noh Min-sang, a former national team coach famous for teaching South Korean Olympic swimming champion Park Tae-hwan, was one of the people who bribed Chung between 2009 and 2010. He was exempt from indictment as the statute of limitations had run out.

The court also handed down jail terms to two other former executives for embezzlement and bribery in the process of running the federation. 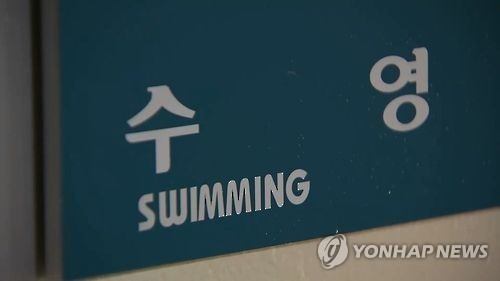