SEOUL, Sept. 3 (Yonhap) -- Movies set in the colonial-era Korea were once overwhelmingly grim and oppressive.

That has changed in recent years with the release of films of all different genres and stories: "Assassination," "Dongju: The Portrait of A Poet," "Spirits' Homecoming," "The Handmaiden," and "The Last Princess."

Last year, "Assassination," an action flick about three Korean independence fighters teaming up to assassinate key figures in the Japanese colonial government, became the first film set in the grim era ever to clinch a commercial success.

Director Kim Jee-woon's "The Age of Shadows" is the same with "Assassination" for being an action film about Korean independence fighters.

But its protagonist Lee Jeong-chul (Song Kang-ho) is a double agent who is thrown into a dilemma between his duty and an instinct to support a greater cause.

Lee is a talented high-level Korean-born Japanese police officer working in the 1920s' Seoul. Korea was a colony of Japan from 1910 to 1945. He approaches Kim Woo-jin (Gong Yoo), the No. 2 man in a group of resistance fighters, with the purpose of gathering intelligence on the group, hiding his true identity. Quickly noticing Lee's identity, however, Kim asks him to help with the group's plan to bring in explosives from Shanghai to destroy key Japanese facilities in Seoul.

The spy action thriller is inspired by a less known historical incident in which Hwang Ok, a Korean-born Japanese officer, was arrested in 1923 for his alleged involvement in a bomb attack plot led by the resistance group "Uiyeoldan."

Court records show that Hwang claimed in court that he infiltrated into the group only to fulfill his duty as a Japanese civil servant. But his true intention of helping the group remains a mystery while some others say that he was a resistance group member who had infiltrated the Japanese police force. 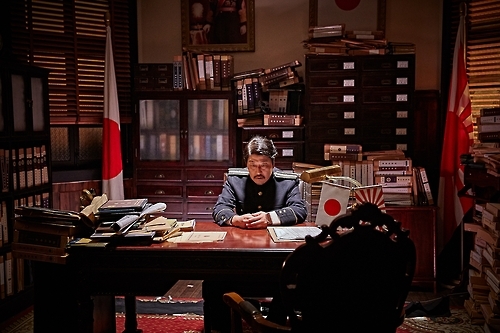 In telling the story, director Kim found a way to approach the controversial figure by fiction. The story cooked up by Kim is that Hwang is initially sent to the resistance group to spy for Japan but slowly undergoes a change of heart and eventually chooses his own nation.

Some may condemn him for converting a serious historical issue into a well-told story, but few would be willing to sit through more than two hours of running time if a film is not interesting.

The movie takes a multilayered approach toward the turbulent era and the people who went through it, not simply focusing on the battle between the resistance fighters and the Japanese police that are trying to hunt them down. It does not judge an apostate as an evil. 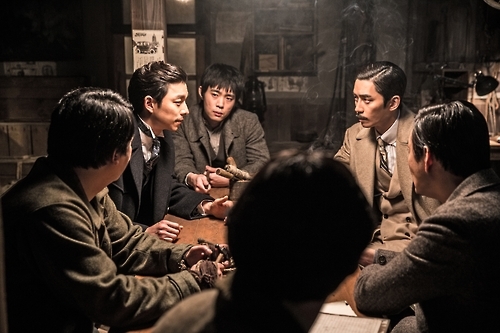 Its high-speed chase scenes between resistance fighters and the Japanese police are packed with blazing energy and thrilling stunts. The train action sequence, particularly, feels more like a spiritual sequel to the filmmaker's acclaimed 2008 film "The Good, the Bad, the Weird," a Korean-style western set in the Manchurian desert, northeastern China, after the Japanese invasion in 1931. "The Good" has a similarly stylish chase sequence where a train robber (Song) hurtles through train cars to pilfer a treasure map.

For a spy thriller, however, "The Age of Shadows'" plot is rather loose. The audience knows from an early stage that Lee is going to eventually stand by his people even though he never, until almost to the very end, does not tell anyone what he is really doing. He keeps telling Kim Woo-jin that "I don't know how I will be changed next time I meet you."

The sequences for depicting the two men's moves to explore the opponent's true intention rarely achieves the tension that is due. It is also questionable how Kim and the Ulyeoldan leader Jeong Chae-san (Lee Byung-hun) have such unwavering faith in Lee, even though the man has the power to destroy the entire organization if he wants to.

Fortunately, Song filled the plot's holes with his firstrate performance. In his key role, he sensitively captures Lee's complex emotions: a sense of guilt for betraying his fatherland, identity confusion and deep remorse. His performance is so effective to make even the opportunist Japanese police officer feel very much human.

Gong's performance as the strong but warm leader of the resistance group is equally memorable.

"The Age of Shadows" is set to open in local theaters on Sept. 7. The film is the first produced and presented in Korea by Warner Bros. Pictures. 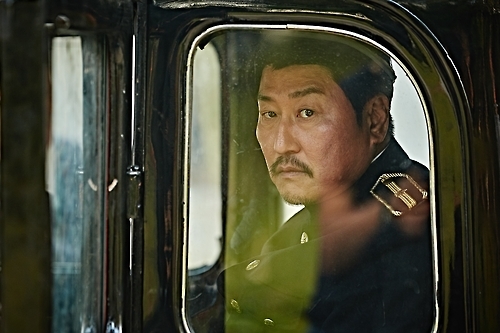