It posted the news in a notice along with his detailed profile on its website Thursday, saying he began working as the orchestra's honorary music director from that day.

For the Tokyo orchestra, the maestro worked as the special artistic advisor from 2001 to the 2009/10 season and an honorary conductor laureate from the 2010/11 season to August 2016.

Chung is one of Japan's favorite classical artists.

The Tokyo Philharmonic is known as the oldest classical orchestra in Japan, having been founded in Nagoya in 1911. It moved to Tokyo in 1938 and now represents the country along with the NHK Symphony Orchestra.

Chung is scheduled to lead the Tokyo Philharmonic Orchestra for three performances in Tokyo on Sept. 21, 23 and 25.

The orchestra will perform with South Korean pianist Cho Seong-jin for the performance of Beethoven's piano concerto No. 5 "Emperor" on Sept. 21 and 23. 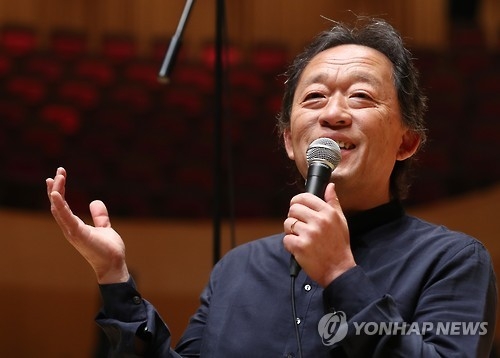