SEOUL, Sept. 2 (Yonhap) -- A homegrown film about the 1950-53 Korean War exceeded 7 million in accumulated number of viewers in South Korea on Friday, its distributor said.

"Operation Chromite" hit the milestone at about 2 p.m., on the 38th day of running, according to CJ Entertainment. It became the third Korean film to pass the 7 million mark after "Train to Busan" and "A Violent Prosecutor" this year.

The landing at the port of Incheon turned the tide of the war in favor of the U.N. forces during the war.

On Sept. 13, the film's extended edition will open in local theaters, according to the distributor. The 141-minute version is about 30 minutes longer than the original film. 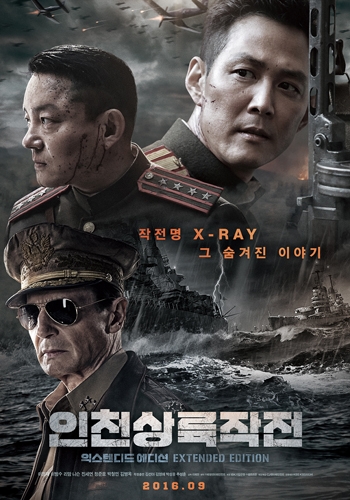