According to the data compiled by the Korean Film Council, around 73 million people watched movies at local cinemas during the June-August period, a summer-time high.

It marks an increase for the sixth consecutive year after reaching 46 million in the three months till August in 2010, it added.

"Operation Chromite," "The Last Princess," and "Train to Busan" are among the big-hit local films that were released over the summer.

The share of South Korean movies at cinemas here came to 60 percent over the cited period, also marking an all-time high. 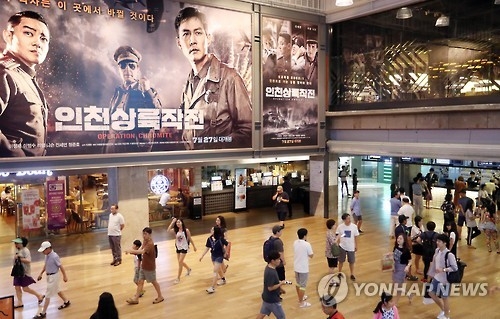