SEOUL, Sept. 3 (Yonhap) -- Five high school students were killed in a car accident on Saturday after their car veered off a wet road and crashed into a wall in the southern city of Daegu.

A 19-year-old, identified only by his surname Choi, was driving a rental car with four passengers when it hit the wall at 4:25 a.m.

The five teens were immediately taken to a nearby hospital but later died.

Police said they have identified three, while the remaining two are still unknown. Investigators added they will conduct a blood test to find out whether Choi was driving while drunk. 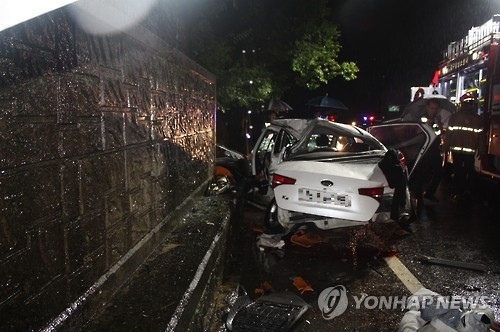