The northeastern province of Hamgyeongbuk-do near the Tumen River was especially hit hard, with some areas recording more than 320mm of rainfall, it added.

"Some regions suffered severe damage as the river overflowed in some of the largest floods along the Tumen River since the start of observation," the KNCA said. "The hardest-hit areas are Hoeryong-si, Musan-gun and Yonsa-gun." 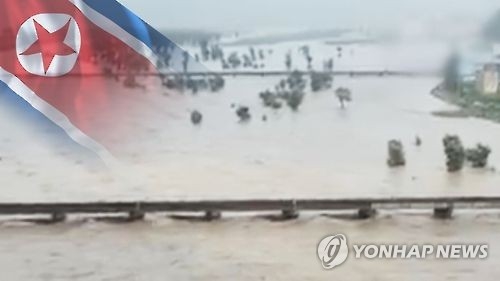 In Hoeryong alone, 15 people went missing, it added, and a total of 44,000 people in North Hamgyong Province were evacuated after the houses of more than 17,180 families were destroyed completely or partially, said the KCNA.

A source familiar with the matter earlier said a five-story apartment building collapsed in the communist nation's northern region after heavy rains and 34 people were killed.

North Korea said it was continuing to look into the damage, indicating that scale of casualties and property losses will increase down the road.