Lippert, a well-known fan of the Korea Baseball Organization (KBO) and the league's honorary ambassador, threw a tailgate party outside Jamsil Stadium in Seoul for about a dozen U.S. Embassy staff members and their families, and also three winners of a contest on Lippert's blog.

The party took place before the KBO game between the home team Doosan Bears and the Samsung Lions. Lippert, a Bears' fan, was properly decked out in the team's home jersey.

In just under two years of service in Seoul, Lippert has become one of the most visible fans of KBO baseball.

Lippert grew up a fan of the Cincinnati Reds, his hometown club. In an interview with Yonhap News Agency last November, Lippert said he attended about a dozen games in 2015, and wanted to see the number increase for 2016. 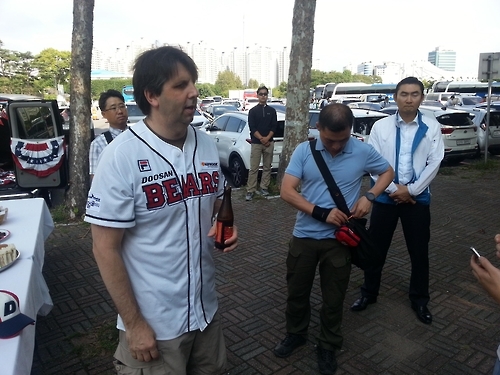 He even confessed he could get "angry" when his ambassadorial commitments kept him from going to ball games on weekends.

On this day, Lippert made himself available for the American style pre-game party and the game itself.

"Tailgating is a very important part of the American sports life. We thought we'd try to bring the first tailgate to Korea," he told Yonhap News Agency during the party. "Korean and American baseball are all about blending and learning from each other. We hope the tailgate party contributes to that learning experience."

While the party was held sans grills -- Lippert cited safety concerns -- the ambassador prepared most of the food himself, including hamburgers and hotdogs. 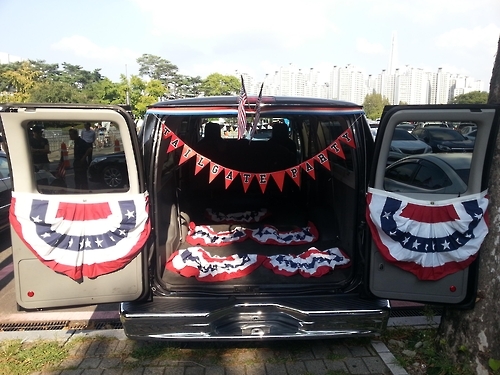 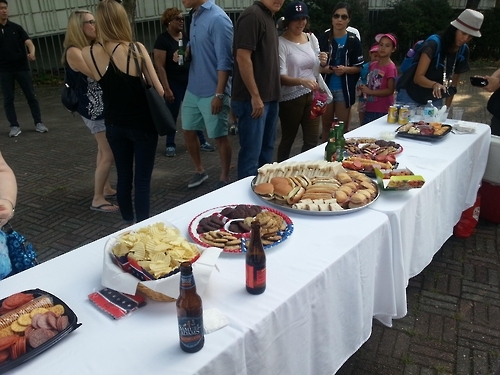