Citing an email sent by the United Nations Development Programme Resident Representative Tapan Mishra, the Voice of America (VOA) said damage caused by the recent Typhoon Lionrock caused considerably more damage than previously thought. Northeastern coasts were affected the most by the typhoon.

The U.N. officials said cities, such as Chongjin, Heoryong, Kimchaek and Rason, were particularly hard hit.

He told the VOA that besides 10 deaths reported, some 6,700 homes were destroyed and another 7,000 partially damaged by the flood and heavy rains. The official said large numbers of people have been cut off from safe drinking water. Mishra added that with some bridges being lost and telephones lines being down, residents of the province may have to suffer further hardships till help arrives.

He said North Korea's Red Cross sent basic necessities, such as blankets, and have asked international organizations to send relief supplies like flour.

Related to the damage reported by the VOA, the country's Korean Central News Agency (KCNA) reported Saturday that heavy rains and the worst floods in history affected North Hamgyong with 15 people being reported missing. 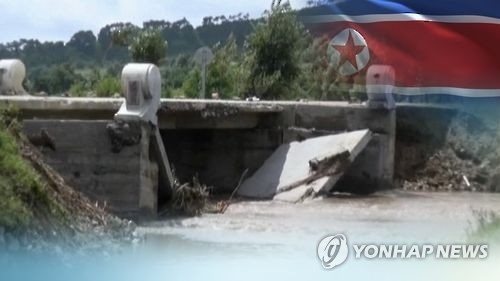