On Friday, the company announced it will recall all of its Galaxy Note 7 phones sold in South Korea and abroad after several of the phablets caught fire while being charged, promising to offer new replacements.

Samsung said it will replace all Galaxy Note 7 handsets with new ones, regardless of the date of the purchase and even offered a refund for those that did not want to own the country's latest mobile product.

Company watchers said the decision that will result in serious losses for the world's largest smartphone manufacturer is not totally new since Samsung has a history of taking drastic steps to ensure only the best products reach the market.

In October 2009, Samsung launched a recall for over 210,000 refrigerators sold overseas following safety related issues in the wake of a series of explosions. At the time, it was the largest recall ordered for a home appliance.

Experts said the company's commitment to quality began in June 1993, when Chairman Lee Kun-hee watched video footage showing an assembly line of his company's washing machines, where workers used knives to correct non-fitting plastic parts so they could fit into place

Lee immediately called in a meeting of top executives after watching the footage and reprimanded them about how poorly the products were made and that things must change for the company to get ahead.

Following the incident, South Korea's top family-run conglomerate adopted the Frankfurt Declaration to spearhead the new management strategy, with Lee calling on his employees to "change everything but your wife and kids."

The declaration clearly outlines Samsung's vision for the next decade with emphasis on implementing sweeping reforms and critical changes in management and production.

The effort to make the best products was put to the test in 1994, when Samsung rolled out the firm's first wireless phones. The "revolutionary" devices for the time, however, suffered from a defective rate of 11.8 percent. The company recalled all phones sold and refunded customers their money, as well as placing notices in newspapers, apologizing for the mishap.

The company then collected 150,000 phones worth some 5 billion won in market value at the time and destroyed them. The move was watched by more than 2,000 employees at the time.

The ceremony resulted in the firm's new motto, "Quality is pride," and in the successful launch of its mobile phone Anycall later that year that set the stage for Samsung's global prominence today. 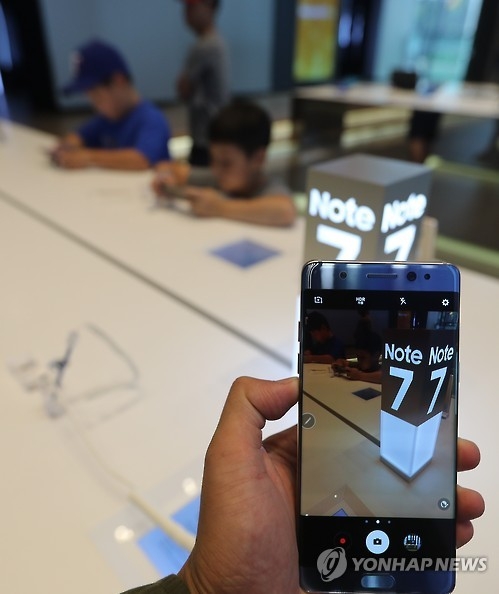