Following a working luncheon on Saturday, Putin gave a calligraphy piece of the late former President Park Chung-hee, the incumbent president's father, which carries his New Year's wish for 1979 -- the year when he was assassinated by his intelligence chief after nearly two decades in power.

Putin handed over the piece to Park, expressing his appreciation for a New Year's gift that Park gave to his daughter Yekaterina Putina early this year. Putin bought the calligraphy work from an art market, Park's office Cheong Wa Dae said.

In the piece, the former general-turned-president wrote a message for "pursuing harmony and moving forward to the future," Cheong Wa Dae said.

Park visited Vladivostok on Friday and Saturday to attend the Eastern Economic Forum and a summit with Putin. She is currently in Hangzhou, an eastern lakeside city in China, to attend a Group of 20 summit of advanced and emerging economies. 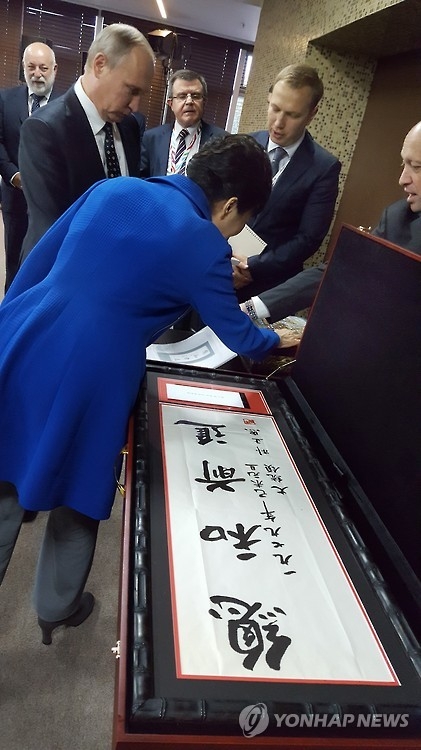