The summit has been arranged on the sidelines of the Group of 20 summit of advanced and emerging economies in the eastern lakeside city.

The summit will be the third between Park and al-Sisi. They met during the Egyptian leader's visit to Seoul in March and during the two leaders' attendance at the U.N. General Assembly in New York in 2014. 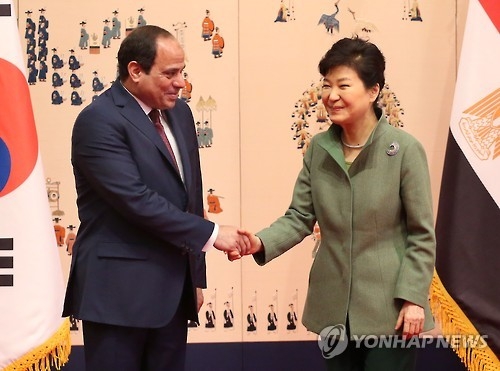