SEOUL, Sept. 4 (Yonhap) -- Bookings for Seoul hotels have jumped ahead of the Chuseok holiday on the back of an increased number of locals preferring "staycations," the hotels said Sunday.

In an effort to cater to customers preferring to stay in Seoul to avoid the hassle of traffic during the holiday, five-star hotels in Seoul have introduced a wide range of customized package deals.

Chuseok, one of the main South Korean holidays, falls on Sept. 15, with a five-day-long holiday.

The Plaza Hotel Seoul said the reservation rate for the holiday jumped nearly 60 percent on-year on the back of a surge in sales of its packages.

The hotel launched a package called "Once upon a Full moon," which includes a room and entrance to its swimming pool and fitness center, as well as a beauty kit.

Lotte Hotel Seoul, one of the country's best luxury hotels located in central Seoul, said sales of Chuseok packages have also increased from a year earlier.

The Shilla hotel, located on the hills near Namsan Park, offers a package called "Holiday Winery" that includes a one-night stay, and complimentary food and wine. 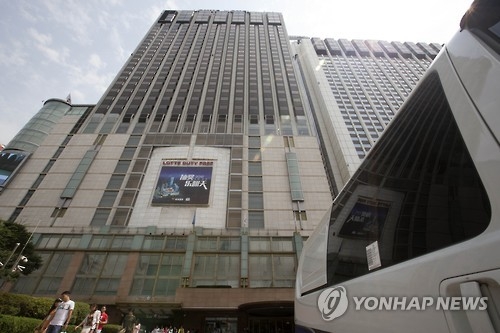