SEOUL, Sept. 4 (Yonhap) -- The first in a four-part series of a guided tour program along the ancient fortress wall in Seoul kicked off Sunday, with a local professor giving a detailed explanation on the history engraved in the surrounding areas.

The Seoul Metropolitan Library in cooperation with a Seoul-based think tank Center for Story Managing offered the guided tour of Donam district in Seongbuk Ward, northeast of the capital, where different types of traditional Korean houses, or hanok, are preserved.

The district was developed in the 1930s under the Japanese colonial occupation of the Korean Peninsula as part of an effort to expand the city area, said professor Kim Young-soo at Institute of Seoul Studies under the University of Seoul.

"It provides a unique overview of the transition of residential area from the colonial period (1910-45) to the present," he said.

Around 50 people took part in the half-day trip to the area with professor Kim. 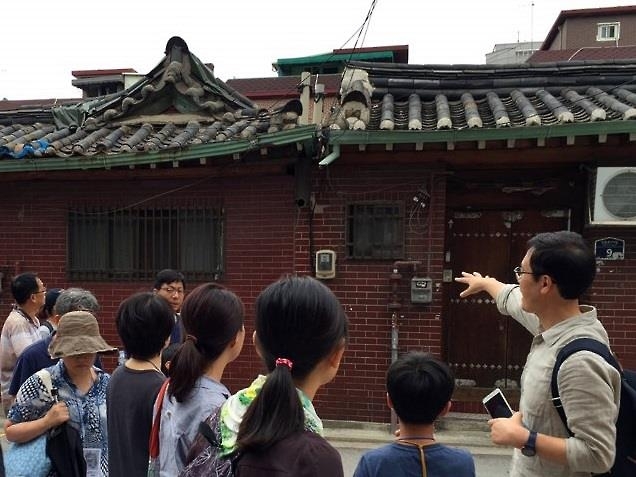 The tour began at a hanok village near Bomun station in the subway line No. 6, where redevelopment was being carried out.

"It is different from what I saw just a few months ago," the professor said, pointing to the newly built dwellings. "You see these traditional hanok on one side and new buildings at the other end."

After making stops at the developing areas and a block of hanok, the tour ended in front of a two-story commercial hanok building which is hard to find in the city area.

"Some people might say this district is lagging behind, but it definitely holds historical significance," professor Kim said. "Experts are voicing the need to protect the region and the borough office has also been putting efforts to preserve it."

Yun Jung-hyun, a fan of the think tank's guided tour programs, said the experience is like discovering gems.

"As I participate in the tours, I realize how much I was ignorant about the history and culture of the city I live in," she said. "After taking part in the guided tours, the same streets and areas hold different meanings to me." 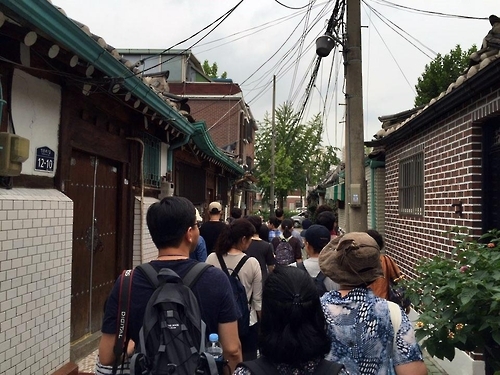 Professor Kim said the remaining three sessions will focus more on the villages that developed right next to the Seoul City Wall.

The 18.6-kilometer-long wall, which follows the ridges of four inner mountains surrounding the center of Seoul, was well-kept under regular repairs throughout the 500-year Joseon Dynasty (1392-1910) since it was first constructed in 1396.

"The fortress wall of Hanyang is a place of past, as well as those of present and future where Seoul's identity can be found," said Lee Hoon, the chief of the think tank. "I hope this program gives our citizens an opportunity to find the meaning of the fortress and a chance to pass down the wisdom of our ancestors to the future generation."

Lee said the think tank is planning to expand the program to include foreigners sometime next year. The current program does not provide guided tours in foreign languages.

The next tour at villages near Mount Nak, or Naksan, in eastern Seoul, is slated for Oct. 16. 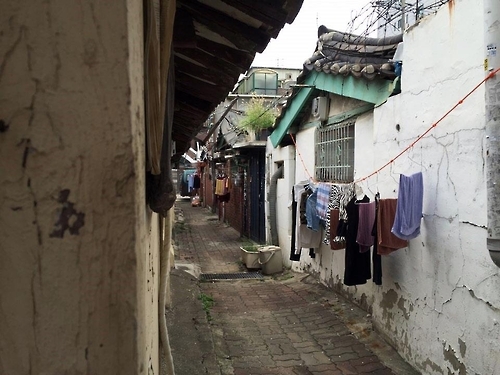