In their first home concert in 16 months, the five-member K-pop group were perfectly in sync as they sang and danced to the numerous songs that have won them "hallyu" fame.

Thousands of fans packed the gymnastics stadium of Olympic Park on the third and last day of the group's fifth solo concert titled "SHINee WORLD V." 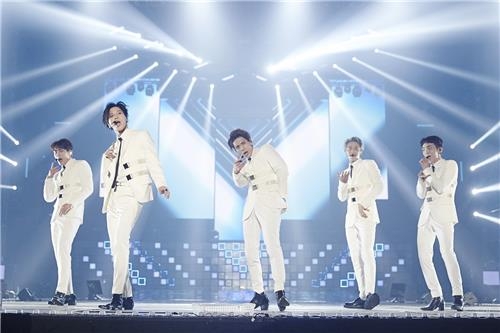 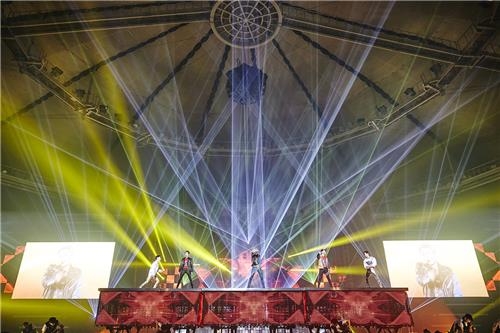 Fans screamed and shook their green glow sticks as the five members -- Onew, Jonghyun, Key, Minho and Taemin -- appeared on stage donning colorful and patterned jackets, each of them different.

As the theme "Color of SHINee" suggests, the concert was designed to show the individual characteristics of the members through their varied styling and attire. It was also punctuated by solo performances by the members, ranging from hard-hitting dance to dreamy songs.

"We've often said that we would show you SHINee's colors, but when we thought about whether we've actually delivered on that promise, we found that there was a lot lacking," Key said. "We decided to really mix it into our concert this time and not only are our clothes amazing but we put it in our direct expressions." 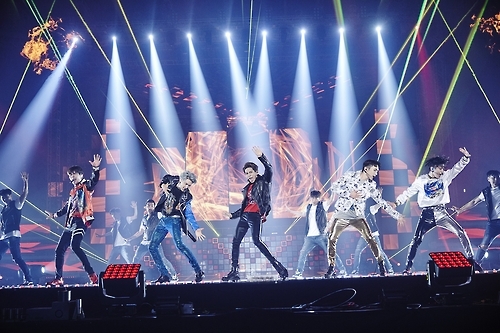 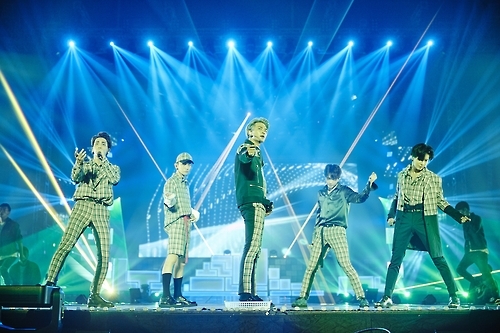 Fans were enthralled, screaming out the members' names and singing along to songs, including one that has yet to be released. Excitement reached a peak during the group's renditions of their debut song "Replay" and mega hits "Ring Ding Dong" and "Lucifer."

"We just sang a song for the first time. How are you able to absorb it so well and sing along so quickly!" he exclaimed, starting a chant of the song's refrain.

Four of the 34 songs that were performed will be included on SHINee's new album, which is expected to be released later this month. Of them, the group first sang "Prism," which began in smooth R&B style before morphing into fast pop.

Taemin, the youngest of the group, said the song was especially meaningful to him because Jonghyun took part in writing the music and lyrics.

"I thought it would be a good idea to sing it to our fans, and from what I saw on stage, it was deadly," he said, drawing ear-splitting cheers from the crowd. "I think we were able to express our colors (through the song)."

Various light and stage effects were used throughout the show, keeping fans on their feet except for when the singers went backstage to change. The team wore eight different sets of clothing in collaboration with designers such as CHARM'S and KYE.

The group's management agency, S.M. Entertainment, said they expect more than 30,000 people to have attended the series of concerts that began Friday. An extra concert was scheduled in after the first two sold out.

Lee Soo-man, the company's founder, was present in the audience. When he was caught on camera, Lee smiled broadly and waved before blowing a kiss.

To wrap up, the band sang a teaser of the upcoming album's title song, but danced in their spots as Onew suffered a minor injury to his right foot during one of the last numbers.

The team leader was visibly shaken as he apologized and promised to prepare better for next time.

From their response, fans were clearly more upset by the injury than by the glitch. 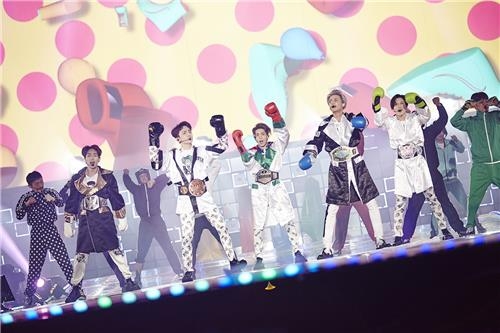 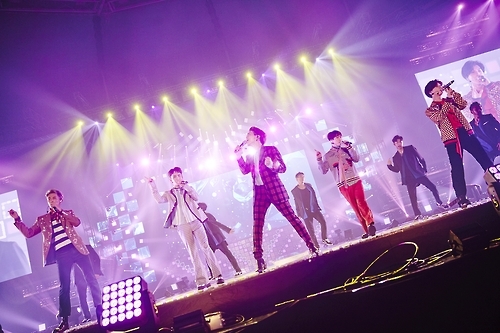