WASHINGTON, Sept. 4 (Yonhap) -- The U.S. maintenance of a nuclear first strike option is because the threat of nuclear escalation helps deter large-scale conventional war or the use of chemical and biological weapons, a congressional report said.

The Congressional Research Service (CRS) report came as the administration of President Barack Obama is reportedly considering renouncing the pre-emptive nuclear strike option to bolster his legacy as champion of a world without nuclear weapons.

The so-called "no first use" policy has unnerved allies relying on U.S. nuclear weapons for their security.

"U.S. officials have occasionally considered adopting a 'no first use' pledge, but the policy has remained largely unchanged since the end of the Cold War," the CRS report said.

"The absence of a 'no first use' pledge is less about the perceived need to employ these weapons first in a conflict than it is about the view that the threat of nuclear escalation continues to serve as a deterrent to large-scale conventional war or the use of chemical and biological weapons," it said.

Supporters of the current policy fear that removing the threat of nuclear escalation could "embolden countries like North Korea, China or Russia, who might believe that they could overwhelm U.S. allies in their regions and take advantage of local or regional conventional advantages before the United States or its allies could respond," the report said.

The no first use policy could also undermine allies' confidence in the U.S. commitment to their defense and possibly "spur them to acquire their own nuclear weapons," which in turn would undermine U.S. nuclear nonproliferation goals, it said.

But the report also noted that advocates of a "no first use" policy assert a lack of evidence that the threat of nuclear escalation can deter conventional war, while arguing that U.S. nuclear first use might spark a nuclear response and an all-out nuclear exchange.

"As a result, they conclude that the possible first use of nuclear weapons is not only unnecessary but also might turn conventional war into a nuclear catastrophe. Moreover, they argue that 'no first use' would support U.S. nonproliferation goals by demonstrating that the United States accepted a limited role for its nuclear force," the report said.

Both military and civilian officials in the Obama Administration oppose a "no first use" pledge, the report said, adding that Adm. Cecil Haney, commander of the Strategic Command; Secretary of State John Kerry; Secretary of Defense Ash Carter; and Secretary of Energy Ernest Moniz have raised concerns.

Congress remains divided, with some, like Sen. Dianne Feinstein (D-Calif.), arguing that the only moral use for U.S. nuclear weapons is as a deterrent to their use. Others, such as Rep. Mac Thornberry (R-Texas), argue that changes in U.S. nuclear policy could lead to a more dangerous world by undermining nuclear deterrence, according to the report. 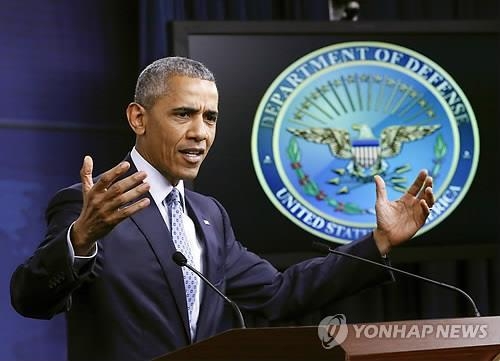