SEOUL, Sept. 5 (Yonhap) -- The newly launched foundation for South Korean victims of Japanese sexual enslavement on Monday said it will start the process necessary to recover the damages of the victims as quickly as possible with the arrival of the 1 billion-yen (US$9.61 million) fund from Tokyo.

The Seoul-based Reconciliation and Healing Foundation agreed during a board meeting Friday to hold a two-pronged operation of collecting opinions from the victims and their families, and issuing notices on media outlets about the registration plans.

Last Thursday, the Japanese government sent the fund dedicated to supporting the surviving South Korean victims, who were forced to work in Japanese military brothels during World War II, to the foundation as promised under the Dec. 28 deal with South Korea.

Tokyo apologized for its colonial-era atrocities and agreed to launch the foundation for the victims, euphemistically called "comfort women," under the deal.

The detailed procedures and dates for distributing the compensation money will be stated shortly after the foundation gathers the surviving victims' preferences and another board meeting, the foundation said in a press release.

"With due respect to the victims' and their families' opinions, we will make our utmost efforts to quickly implement the foundation's plans, while we have as many surviving victims as possible," said Kim Tae-hyun, head of the foundation. 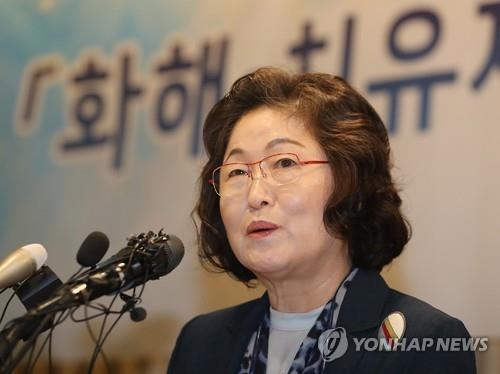