SEOUL, Sept. 5 (Yonhap) -- Sales for retailers and delivery foods fell short of expectations this time during what usually has been a boon during the Olympic Games, credit card spending records indicated Monday.

KB Kookmin Card Co. compared the 2012 London Olympics and the 2016 Rio de Janeiro Olympics, and found that while credit card usage for foods and related spending during the London Games increased 31.16 percent from the same time frame the year before, the increase stopped at 20.4 percent during the Rio event last month.

The Olympics usually brings more business to retailers and delivery foods as TV watchers snack while staying up late to watch the games. Chicken deliveries, for instance, jumped 44.53 percent during the London event.

For the Rio Games, the hours of the competitions, which mostly occurred before dawn, and South Korea's failed attempts to win medals dampened TV viewings, industry officials said. Sales for chicken deliverers increased only 9.93 percent this time.

It was the same for fast-food stores, including pizza and hamburger deliveries, whose sales increase for the Rio Games was 17.84 percent, compared with 41.48 percent during the London Olympics. Sales at bars, which increased 16.6 percent during the previous Olympics, dropped 3.55 percent during last month's games.

The unexpected winners were home shopping firms, whose sales drop during popular sports events like the Olympics as viewers fix their channels on the games. During the London Olympics, sales of home shopping channels fell 3.85 percent, but for Rio, they rose 16.07 percent, according to KB Kookmin Card Co.

Online shopping increased an even bigger 48.97 percent during the Rio Games.

One notable exception was the final round of women's golf at the Rio Olympics, in which South Korean Park In-bee claimed the gold medal. Home shopping sales dropped about 30 percent during the hours, while sales at convenience stores jumped 38.27 percent and for fast-food deliveries 28.46 percent. 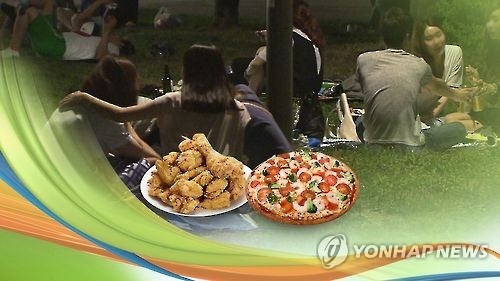