HANGZHOU, China, Sept. 5 (Yonhap) -- President Park Geun-hye and her Chinese counterpart Xi Jinping held a summit in Hangzhou, China, on Monday amid strains in their relations over the planned deployment of a U.S. antimissile system in South Korea.

The bilateral talks, the eighth between Park and Xi, were held on the sidelines of the summit of the Group of 20 advanced and emerging economies in China's eastern lakeside city. 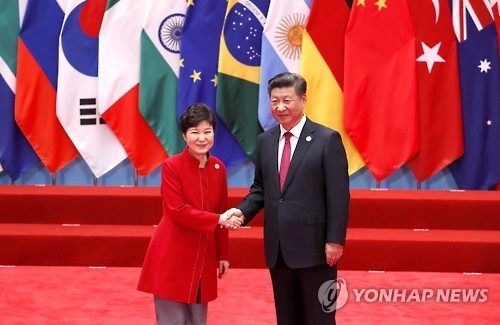