The North's propaganda website Uriminjokkiri said that South Korea is not entitled to take issue with North Korea's human rights situation, saying that the implementation of the law is a "sinister" move to undermine Pyongyang's dignity.

The South Korean law on North Korea's human rights went into effect on Sunday, allowing the government to establish an archive aimed at compiling the North's human rights abuses and set up a foundation to support relevant civic groups.

Dprktoday.com, one of the North Korean propaganda sites for outside online users, cast a similar view.

"South Korea's criticism on the North's rights situation is nothing more than a brazen act to hide its crime against humanity and distract angry South Koreans from the truth," it said.

Pyongyang does not tolerate dissent, holds hundreds of thousands of people in political prison camps and keeps tight control over outside information.

Since taking office in late 2011, North Korean leader Kim Jong-un is believed to have ordered the execution of many high-ranking officials as he seeks to strengthen control over the country through a reign of terror.

South Korea's unification ministry said it plans to set up a new bureau to better implement the law on Pyongyang's human rights situation.

"As the law went into effect, there is the need to systemically and effectively handle the issue of families separated by the (1950-53) Korean War and the support of North Korean defectors," Jeong Joon-hee, ministry spokesman, told a regular press briefing. 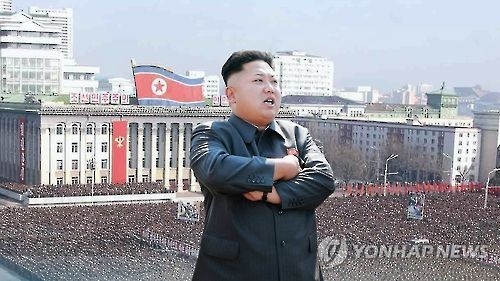