SEJONG, Sept. 5 (Yonhap) -- Taxes collected from pension funds have increased 25-fold over the past five years, an indication that the people of the baby boom generation have started to retire in large numbers, tax authorities said Monday.

The baby boom generation accounts for approximately 14 percent of South Korea's population and refers to people born between 1955 and 1963. Those born in 1955 are likely to have retired over the past four to five years as they turned 57, the average retirement age. Within the generation, people born in 1958 form the biggest segment. They turn 58 this year, creating another large group of retirees.

Records from the National Tax Service (NTS) and the Korea Institute of Public Finance said taxes collected on various pensions, including state- and privately-operated funds, amounted to 36.84 billion won (US$32.94 million) last year, a 102.5 percent jump from the year prior. Compared to 1.48 billion won collected in 2010, the total is close to a 25-fold increase.

"The society is aging at a quickening pace, and the number of pension recipients will continue to increase as people of the baby boom generation leave the workforce," an NTS official said. "Tax collection will likely increase as well." 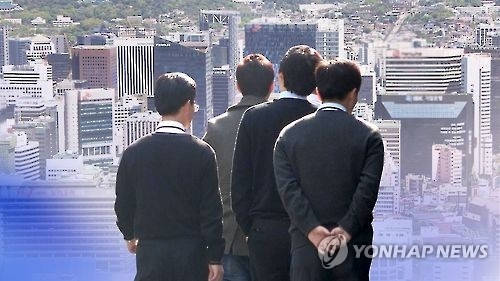