In her video message to the opening ceremony of the 51st National Skills Competition in Seoul, Park also pledged to spare no effort to help strengthen the capabilities of skilled workers and enhance their prestige.

"For our country to beat the increasingly fierce global competition and leap forward into the ranks of technologically advanced nations, the role of skilled professionals is very crucial," she said in the message.

Park, in addition, highlighted her government's policy to support skilled workers through various programs, including a "dual system" that allows people to balance work and study.

Hosted by the Ministry of Employment and Labor, the Seoul metropolitan government and the Seoul Metropolitan Office of Education, the competition program began its eight-day run on Monday. It brought together more than 1,900 participants representing 17 provinces and large cities. 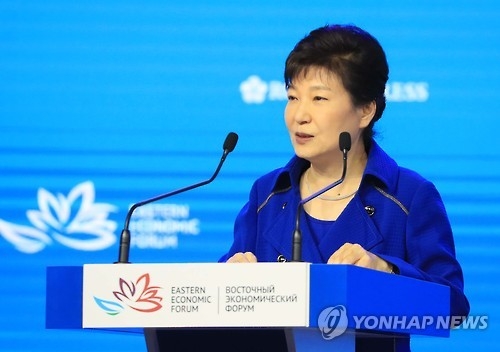