A South Korean delegation led by Education Minister Lee Joon-sik attended the funeral for Karimov on Saturday in Samarkand, Uzbekistan's second-largest city, and expressed condolences to the people of the central Asian country.

In a meeting held during Lee's visit, Uzbekistan's Prime Minister Shavkat Mirziyoev told Lee that he hopes to continue and develop a strategic partnership forged between their countries during Karimov's term, the Ministry of Foreign Affairs said in a statement.

Mirziyoev also vowed Uzbekistan's efforts to "future-oriented cooperation" with South Korea in a range of fields even after the president's death, according to the ministry.

Karimov died on Friday (local time) at the age of 78. He was the country's top leader for more than 25 years. 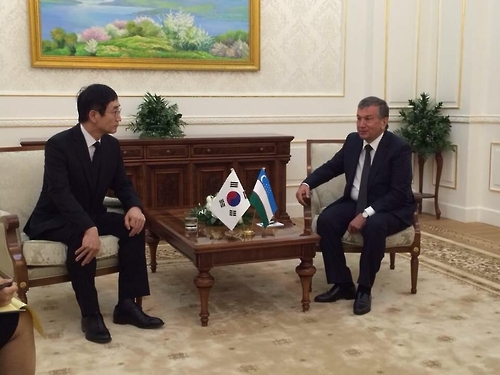