SEOUL, Sept. 5 (Yonhap) -- A novel about a young aspiring writer has won a literary prize co-awarded by Yonhap News Agency and the Soorim Cultural Foundation, the news agency said Monday.

"My GoldStar phone" by Kim Hena tells the story of a 25-year-old university research assistant who strives to become a writer after growing up as a rebellious and financially-strapped teenager.

"Had the story taken place in the real world, it would have been a series of trivial and humble monologues that drew little attention, but all of a sudden, one grows accustomed to the protagonist's blase voice and manner of speech, and falls into the story," said a panel of judges headed by novelist Yun Hu-myong. "There is potential for a new literary language in the author's strong attachment to her own language and own perspective."

Kim, 34, debuted in 2010 with her novel "Jerry," which won the "Today's Author Award" that year. A native of Seoul, the writer majored in Korean literature at Cheongju University. 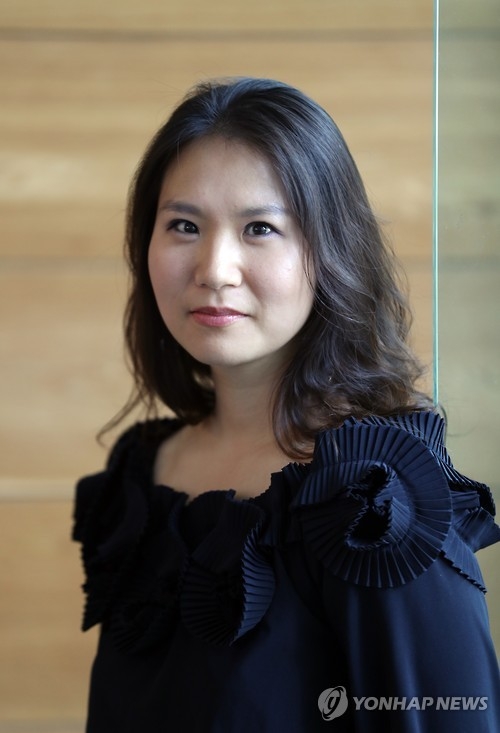 "I'm very happy that this piece that I've been holding on to for so long has finally seen the light of day," she said. "I will receive this award as valuable encouragement and work harder on my writing."

The author also expressed hope that readers will reflect on themselves through the novel's protagonist, who constantly strives to learn and find the things she wants from life.

Now in its fourth year, the Soorim literary award was launched in 2013 with the aim of discovering new and rising writers to lead the future of Korean literature.

Kim will receive a plaque and 50 million won (US$45,000) in prize money. The award ceremony is scheduled to be held in late October.

The book is also expected to be published next month.