"I'll do my best to make the country stronger and more beautiful and the people happier through cultural enrichment," she wrote on a visitors' note at the Seoul National Cemetery in southern Seoul, accompanied by senior officials from the Ministry of Culture, Sports and Tourism.

Cultural enrichment is one of President Park Geun-hye's top agendas during her presidency, with the chief executive pushing for various policies to improve the nation's cultural infrastructure and the people's cultural welfare.

Cho attended a regular parliamentary session after visiting the cemetery.

She is scheduled to meet ministry officials in the afternoon without having a separate inauguration ceremony.

Meanwhile, her predecessor Kim Jong-deok had a farewell ceremony at the government complex in Sejong, some 120 kilometers south of Seoul, with some 300 ministry officials attending. 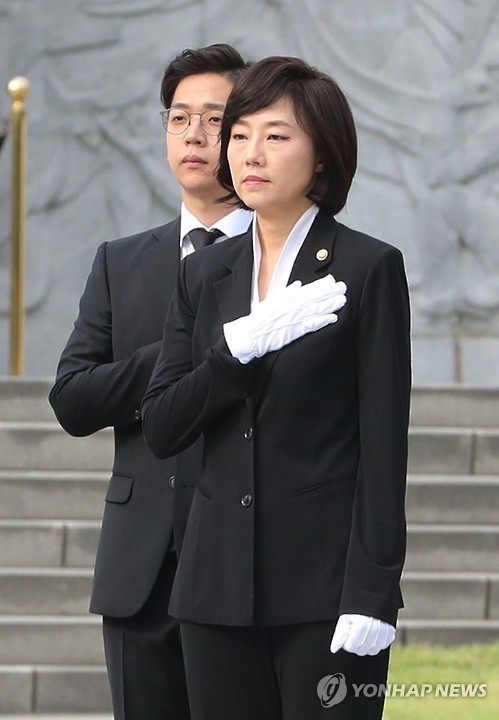