The communist regime test-fired the three ballistic missiles from Hwangju in North Hwanghae Province at around 12:14 p.m., the JCS said in a text message.

The type of missiles fired and how far they flew was not made immediately available.

An official at the JCS said, "We are in the process of determining the type of the missiles and how long they flew."

The South Korean military has been keeping a watchful eye on any provocative moves by the North ahead of the anniversary of the establishment of the North's government on Sept. 9. 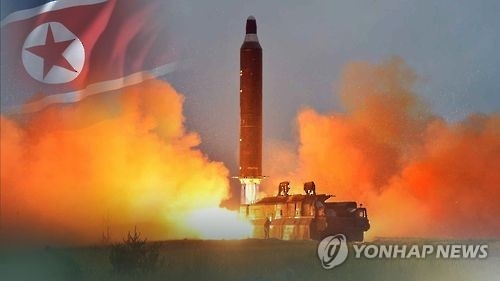 The North's missile launches took place as the summit meeting of the Group of 20 (G-20) advanced and emerging economies in Hangzhou, China, is taking place, and a day after Seoul's new North Korea human rights law went into effect. The law aims to improve the North's dismal human rights conditions.

In an earlier provocation, Pyongyang test-fired a submarine-launched ballistic missile in waters off its east coast toward Japan on Aug. 24 in an apparent protest against the Ulchi Freedom Guardian military drill between Seoul and Washington. The two-week command-and-control exercise ended Friday.