SEOUL, Sept. 5 (Yonhap) -- North Korea on Monday fired three ballistic missiles off its east coast, Seoul's Joint Chiefs of Staff (JCS) said, in a show of force days ahead of its key anniversary.

The communist regime launched the mid-range Rodong missiles from around Hwangju, North Hwanghae Province, around 12:14 p.m., a JCS official told reporters. A Rodong missile has a range of 1,300-1,500 kilometers and can strike Japanese territory.

"The three missiles all flew about 1,000 km and landed in waters some 400 km inside Japan's air defense identification zone," the official said. He said there was no pre-notice about the launch by Pyongyang.

The JCS is in the process of finding out further details about the latest provocations, he said.

The official then said North Korea appears to have test-fired the missiles to show off its missile capabilities as the summit meeting of the Group of 20 (G-20) advanced and emerging economies is under way in Hangzhou, China. The launch, moreover, takes place just days before the reclusive country celebrates the anniversary of its government's establishment on Friday.

The South Korean military has been keeping a watchful eye on any provocative moves by the North ahead of the anniversary. Pyongyang escalated tensions on the Korean Peninsula by firing off two short-range ballistic missiles in early September 2014, ahead of the same anniversary. 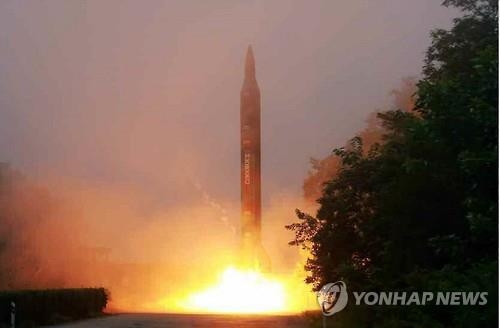 The North's ballistic missile launches are a clear violation of the United Nations Security Council resolutions.

"We are fully prepared to fight tonight in case North Korea makes any provocative moves," the JCS official said.

The North's missile launches follows the Aug. 24 test-firing of a submarine-launched ballistic missile by Pyongyang in waters off its east coast. The missile flew some 500 km towards Japan in an apparent protest against the Ulchi Freedom Guardian military drill between Seoul and Washington. The two-week command-and-control exercise ended Friday.