The tour titled "2016 Kim Woo-bin Fan Meeting Spotlight" is scheduled to begin in Seoul on Oct. 3, taking the actor to China, Japan, Thailand, Taiwan and Hong Kong, Sidus HQ said in a release.

The tour, the third of its kind, will help Kim show off his talent in both acting and singing, according to the agency.

Ticket sales will open at 8 p.m. Thursday at the ticketing site of the online bookseller YES24 at ticket.yes24.com. 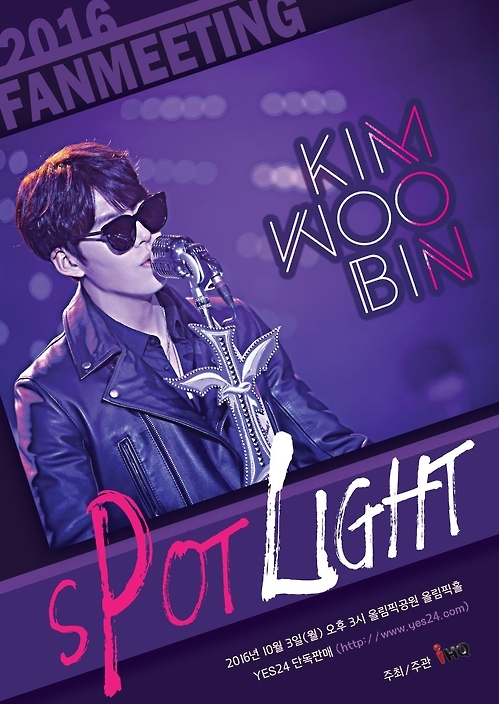