SEOUL, Sept. 5 (Yonhap) -- South Korean boy band BigBang will appear on the U.S. cable news network CNN later this week to talk about their past and future as a 10-year-old group, their management agency said Monday.

The interview will air on CNN's "Talk Asia" on Thursday.

According to CNN's website, some highlights of the interview are Taeyang's thoughts on what has kept the group together, G-Dragon's comments on the hard work they put into their music and each member's dreams for the future. 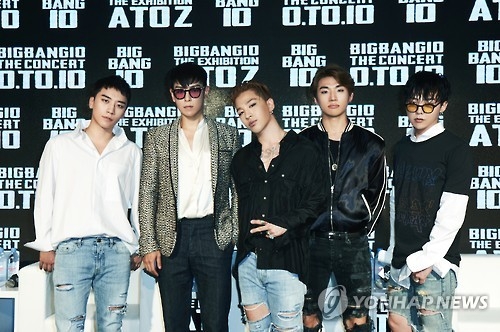