SEOUL, Sept. 5 (Yonhap) -- Eight South Koreans have seen Major League Baseball (MLB) action in 2016, tied for most in a single season, but only a couple of them can be regarded as sure bets to make the national team for next year's World Baseball Classic (WBC).

The MLB has organized the WBC since 2006 to further globalize baseball, but big league clubs have often been reluctant to send their star players to the tournament because it overlaps with their spring training.

In addition to the clubs' misgivings, South Korean players face an uncertain future because of their injuries and some off-field issues.

There were also eight South Korean-born players in the majors in 2005, and six of them competed at the inaugural WBC in 2006. Choo, who had spent the majority of his time in the minors, was the odd man out in the outfield number-crunching. The other missing player was right-hander Baek Cha-seung, who'd obtained U.S. citizenship. 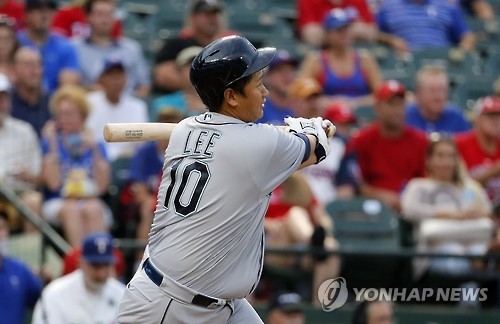 South Korea may not have half a dozen major leaguers to match this time around.

The two certain picks appear to be Lee and Kim. Though Kim had a short stint on the DL and Lee spent a few days in the minors last month, they have been the most consistent South Koreans in the bigs this year and also bring strong international credentials.

Both were members of the 2008 Olympic gold medal team. Kim was the MVP of the inaugural Premier 12 last year.

Oh has been impressive since replacing former All-Star Trevor Rosenthal as the Cardinals' closer. The career saves leader in South Korea, however, will be a controversial pick if manager Kim In-sik brought him on board.

Oh was fined by a South Korean court on illegal overseas gambling charges earlier this year, and the Korea Baseball Organization (KBO) slapped him with a 72-game ban, which is to take effect once he returns home. While Oh is perhaps the best South Korean relief pitcher today, the public may not be so pleased with his presence on the roster. 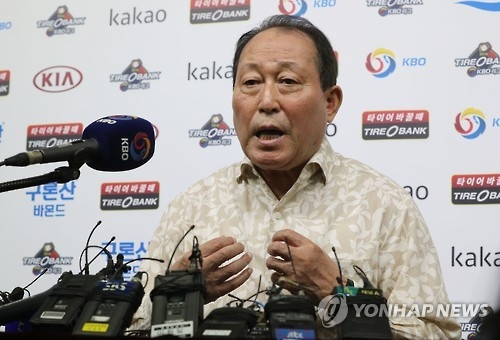 Hours after being named the manager, Kim said at a press conference that he has no problem with picking Oh as long as the pitcher wants to represent the country.

Ryu missed all of last season after undergoing left shoulder operation and appeared in just one game this year before going back on the disabled list. His return this season remains in doubt and even if he became healthy by next spring, the Dodgers may not want to risk further injury with the left-hander by letting him pitch at the WBC.

Choo is also on the mend, as he's recovering from a broken let forearm. He's had three trips to the DL this season, with calf and hamstring issues. He may return before the end of this season, but the Rangers could keep him from competing in the offseason event after an injury-plagued season for the 34-year-old.

Park underwent season-ending surgery to repair a tendon in his right middle finger last month, and is eyeing a healthy return next spring. Though he was one of the first to congratulate Kim on his managerial appointment with a text message Monday, Park remains a question mark for the WBC.

Kang is expected to come off the DL this week after dealing with left shoulder issues. He has played well in stretches when healthy -- 14 home runs, one shy of career-high, in 77 games -- but he's been competing under the cloud of sexual assault charges since July.

Choi, a career minor league who made his MLB debut this year, hasn't found his footing with the Angels yet. He can play both first base and left field but may be ultimately deemed not good enough for the national team.

Kim and the KBO's technical committee have about 60 players on their preliminary list, and Kim said the final roster will be whittle down to 28 or so. The lineup will be set sometime in late November or early December.