During bilateral talks on the sidelines of the summit of the Group of 20 leading economies, Park proposed expanding cooperation in value-added industries such as the design sector, her office Cheong Wa Dae said in a press release.

Renzi expressed his hope for expanded two-way cooperation in areas such as robotics and healthcare, which will help both nations better deal with their fast-graying populations, Cheong Wa Dae said.

Noting that Pyongyang's repeated provocations have threatened the peace on the Korean Peninsula and beyond, Park called for Italy's support in ongoing efforts to pressure the communist state into renouncing its nuclear and missile programs through international sanctions. 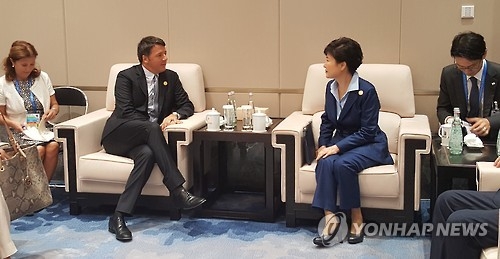