WASHINGTON, Sept. 5 (Yonhap) -- The United States on Monday strongly condemned a barrage of missile launches from North Korea as a violation of U.N. Security Council resolutions, vowing to raise the issue at the United Nations and an upcoming regional summit in Laos.

The North's development of nuclear and ballistic missile programs poses threats not only to the U.S., but also its allies South Korea and Japan, Kirby said. Moreover, "reckless" missile launches like Monday's threaten civil aviation and maritime commerce in the region, he said.

"We will raise our concerns at the U.N. about the threat posed to international security by these programs. We will also do so in other fora—including the upcoming East Asia Summit to bolster international resolve to hold the DPRK accountable for its provocative actions," Kirby said.

"Our commitment to the defense of our allies in the face of these threats remains ironclad," he said. "We call on North Korea to refrain from actions and rhetoric that further raise tensions in the region and to focus instead on taking concrete steps toward fulfilling its international obligations and commitments."

The East Asia Summit is an annual gathering of the leaders of 18 Asia-Pacific nations, including the North's all five negotiating partners in the long-stalled six-party nuclear talks. This year's meeting is set to open in Laos on Tuesday.

The U.S. Strategic Command confirmed the North's missile launches, but said two of the three missiles are "presumed to be intermediate range ballistic missiles" and the type of the other missile was still being assessed.

The command did not further specify whether the intermediate-range missiles were Rodong as assessed by South Korea's military, or the longer-range Musudan missile, which is believed to be capable of reaching the U.S. territory of Guam.

"U.S. Strategic Command (USSTRATCOM) systems detected and tracked what we assess were three North Korean missile launches at 10:13 p.m. CDT, September 4, 2016, near the western city of Hwangju," the command said in a statement. "The missiles were tracked over North Korea and into the Sea of Japan." 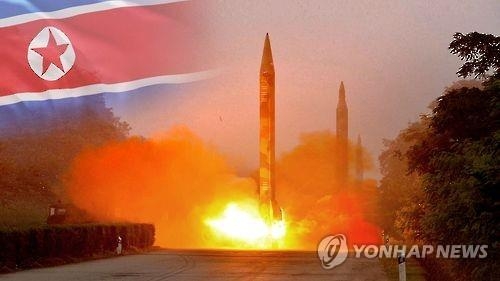