The law was finalized at the Cabinet meeting chaired by Prime Minister Hwang Kyo-ahn.

The Kim Young-ran anti-graft law aims to bring more transparency to workers in certain sectors who should maintain higher ethical standards than ordinary citizens. The Constitutional Court also backed the law saying it is a step in the right direction.

Under the policy move, people working for the government, media outlets and schools are also banned from receiving meals priced higher than 30,000 won (US$27), gifts exceeding 50,000 won, and congratulatory and condolence money over 100,000 won.

Public employees are also banned from receiving excessive returns from making lectures, with the ceiling for ministers set at 500,000 won per hour.

Those serving in private schools or media outlets, however, can receive up to 1 million won per hour as they are not considered to be civil servants.

"The law reflects the people's desire to establish a righteous and transparent society," the prime minister said. "For the stable implementation of the law, the government, public organizations, civic groups and companies must all join forces."

Hwang added the government will also make efforts to minimize the possible damage caused by the new law to local industries, amid the controversy that the implementation will have an adverse impact on the local agricultural sector as people are banned from exchanging pricey produce. 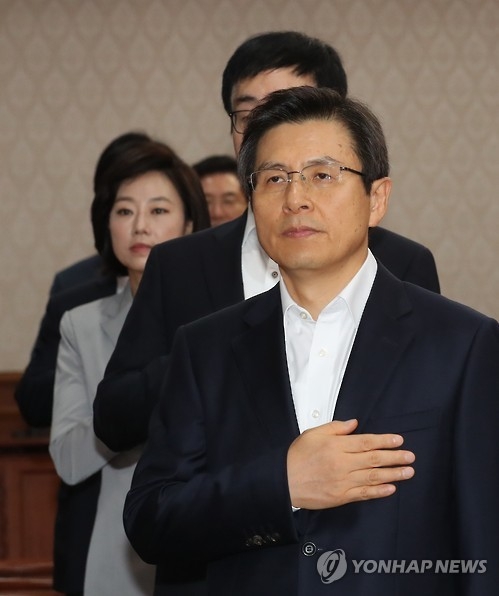