The summit will be held in the afternoon -- hours after Park arrives in the Laotian capital to attend a series of summits with the leaders of the 10-member Association of Southeast Asian Nations (ASEAN), Cheong Wa Dae said.

Their talks were arranged amid Pyongyang's continued provocations, including its launch of three mid-range ballistic missiles Monday. The missiles traveled some 1,000 kilometers and fell into waters within Japan's air defense identification zone, Seoul's military officials said. 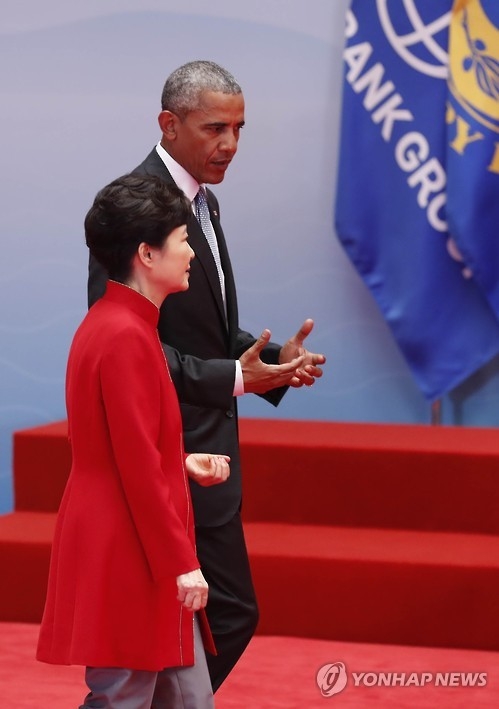