The two leaders met a day before in a series of meetings with the 10-member Association of Southeast Asian Nations in the Laotian capital. 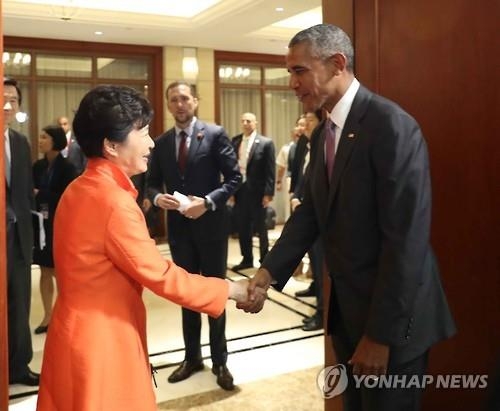