"I would like take the opportunity to sincerely apologize for causing concern, and promise to take stern measures following what would come out into the open down the road," Yang said during an emergency meeting among local court chiefs to discuss a fundamental solution to the recurring corruption scandals.

On Friday, the Seoul Central District Court issued a warrant to formally arrest Kim Soo-cheon, who works at the Incheon District Court, over suspicions he received some 170 million won (US$152,000) worth of money and valuables from Jung Woon-ho. The former head of Nature Republic is at the center of a lobbying scandal that is rocking the country's legal sector.

This is the latest in a spate of corruption cases involving former and current judges.

In January last year, Choi Min-ho, who was a judge then, was arrested for allegedly taking hundreds of millions of won worth of kickbacks from a private moneylender. He was sentenced to three years in prison by the Seoul High Court in November.

Earlier in May, a judge-turned-lawyer Choi You-jeong was indicted on charges of taking a massive amount of money from Jung in exchange for using her status to help out with legal cases involving the businessman.

Kim, 56, was the first senior-level judge to be put under custody in 10 years since Cho Kwan-haeng, a former senior judge of the Seoul High Court. Cho was arrested in August 2006, shortly after he resigned over allegations of taking 120 million won worth of gifts and cash from a broker. The Supreme Court convicted him of bribery charges in 2008. 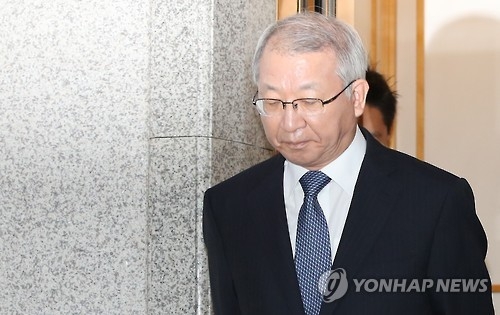