The receivership of Hanjin Shipping Co., South Korea's largest shipper, has triggered snowballing logistic chaos across the world over the last few days, with more than 60 carriers having been stranded at sea and ports due to asset seizure requests by creditors. 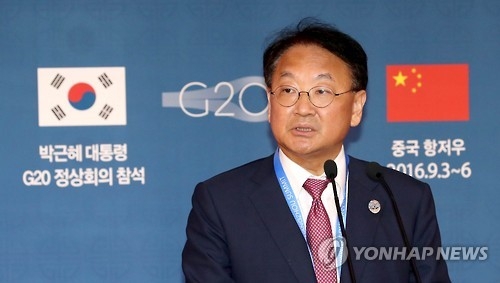 The South Korean government formed a task force to direct such vessels to selected offshore ports, including Singapore and Hamburg, where safe freight unloading can be guaranteed, in order to help Hanjin ships have their cargo safely offloaded at the port.

"The responsibility for cargo delivery falls on the consignor and the shipper under the bilateral contract. So, Hanjin Shipping and its major shareholder are responsible for it in the first place," Finance Minister Yoo Il-ho told reporters while accompanying President Park Geun-hye on her visit to Hangzhou, China, to attend the Group of 20 summit meeting.

"Under the premise of Hanjin's full accountability for unpaid unloading fees, the company and its creditor banks can discuss ways to raise funds with the court."

The minister, who is also double hatted as deputy prime minister for economic affairs, said he will convene a minister-level meeting on Wednesday in Seoul to look into the development of the issue and seek further countermeasures.

"The government is making all-out efforts to minimize damage and loss of consignors," he said. "The Korean government-led response teams will be formed in the selected offshore ports to swiftly receive stay orders or guaranteed protection."

The Seoul government has been intensifying pressure on Hanjin Group to take action to raise money for the delivery of cargo as the group has remained lukewarm about the issue.

On Monday, the top financial regulator and vice finance minister urged the company to move, while Hanjin Group met with officials from the state-run Korea Development Bank, the main creditor of Hanjin Shipping, apparently over how to provide assistance to the cash-strapped shipping line. 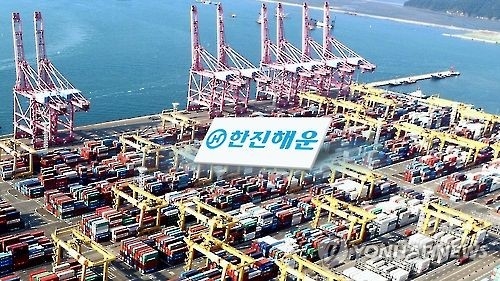