SEOUL, Sept. 6 (Yonhap) -- South Korea has increased its defense budget for next year by 4 percent as it moves to beef up missile defense capabilities amid growing threats from North Korea, the defense ministry said Tuesday.

The government has allocated a total of 40.335 trillion won (US$36.5 billion) to bolstering the country's defensive capabilities in 2017, up from 38.799 trillion won set for this year, the Ministry of National Defense said in a statement.

"To counter the North's asymmetrical threats coming from its weapons of mass destruction, the country badly needs to build a Korea Air and Missile Defense (KAMD) system and 'kill chain' to detect, identify and intercept incoming missiles in the shortest possible time," a ministry official said.

Starting with its fourth underground nuclear test in January, North Korea has escalated its saber-rattling this year by firing off numerous ballistic missiles, including those launched from a submarine.

Most recently, the isolated communist regime test-fired three ballistic missiles into the East Sea in a new show of force days ahead of the 68th anniversary of its government's establishment which falls on Friday.

The missiles -- determined to be upgraded mid-range Rodong missiles -- all flew about 1,000 kilometers and landed in waters some 400 km inside Japan's air defense identification zone in the East Sea. There was no prior warning issued by Pyongyang. 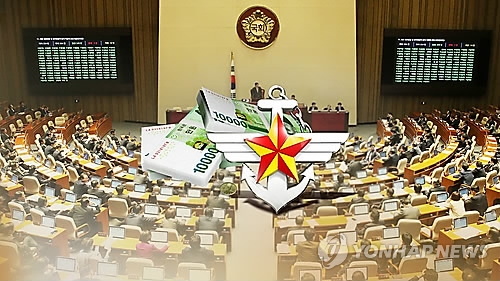