The event will take place in a department store in Xinbei City, Taiwan, involving a talk show session hosted by professor Suh Kyung-duk and a free tasting of makgeolli and other Korean foods, according to the Ministry of Agriculture, Food and Rural affairs.

The ministry said it will help Taiwanese customers and wine lovers get a glimpse of the history and culture of the Korean traditional rice wine and give opportunities to taste it.

The South Korean government has held similar promotion events in Taiwan as part of efforts to diversify its export portfolio, of which Japan has accounted for the majority. 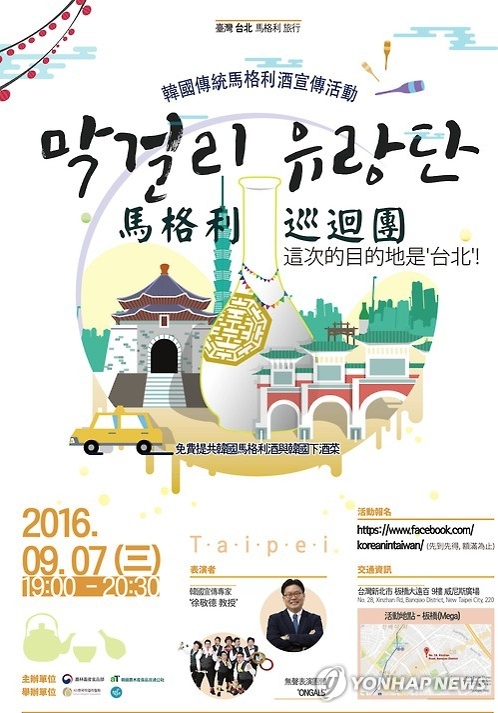