SEOUL, Sept. 6 (Yonhap) -- A quadrennial congress gathering archive experts from all over the world kicked off here on Tuesday, introducing all 13 Korean items listed on UNESCO's documentary heritage list.

The International Council on Archives Congress 2016 began its four-day run at the Convention and Exhibition Center (COEX) in eastern Seoul, inviting some 2,000 experts from about 100 countries.

Co-hosted by the Ministry of Interior and the International Council on Archives (ICA), the event will hold diverse workshops and symposiums under the theme of "Archives, Harmony and Friendship," its organizers said.

Laurent Gaveau, head of Google's Cultural Institute, and Li Minghua, director-general of State Archives Administration and the Central Archives of China, are some of the keynote speakers.

Founded in 1948, the ICA is a non-governmental organization aimed at effectively managing and preserving records and the world's archival heritage, according to its website.

During this year's congress, the host country South Korea will exhibit all of its document related treasures listed under UNESCO's Memory of the World program. This list includes Korea's Confucian printing woodblocks and a decades-old local TV program which was aired to reunite families separated by the Korean War.

The UNESCO program, established in 1992, seeks to protect and record the world's valuable documents and widen public access to them through the Internet.

At the closing ceremony slated for Friday, the congress will adopt a declaration, vowing to put more efforts into research and development (R&D), as well as cultivating expert manpower in the field, according to the organizers.

The organizers said they have also prepared a wide range of activities for participants to experience the country's traditional culture during the gathering. 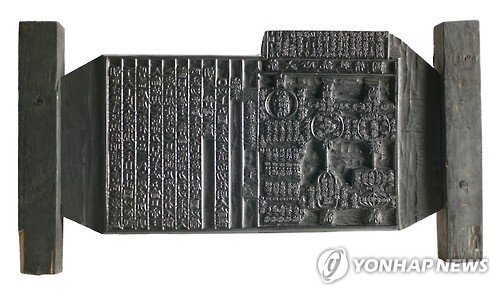