"Other than the rapid increase in construction investment, overall economic activities have shown little signs of improvement," the Korea Development Institute (KDI) said in its monthly evaluation of the country's economic conditions.

"With the expiry of the excise tax cut, retail sales moderated, and facilities investment and exports remained sluggish, indicating no signs of a spread in the economic recovery."

The value of construction completed rose 21.4 percent in July, on a 17.5 percent gain in civil engineering and a 23.3 percent jump in building construction.

The sharp increase is partly led by the government's policies to boost the local real estate market, causing a recent spike in housing prices and mounting household debt.

The KDI report, however, said the other side of the economy is facing a bumpy road.

July's industry production advanced 3.2 percent on-year, down from a 4.8 percent gain in June, with services production growth decelerating to 2.7 percent in July from 5.4 percent the previous month.

Mining and manufacturing output posted a 1.6 percent growth in July, up from a 0.8 percent increase in June, but the figure excluding the information and communication technology (ICT) sector plunged to a 2.4 percent on-year drop.

Retail sales, which have lent big support to the South Korean economy for months, rose 4.3 percent in July, slowing down from a 9 percent jump tallied in June, as the government-led tax cut program on passenger cars finished on June 30.

Exports rose 2.6 percent in August, marking the first positive on-year growth in 20 months. But experts anticipate that the upbeat mode will unlikely continue further as the August turnaround is driven by one-off factors like increased business days.

The cyclical component index registered 100.9 in July, up from the previous month's 100.5, but the think tank said it is too early to say the South Korean economy is on a recovery track.

"The increase (in the index) was mainly attributable to the large increase in the value of construction completed and improvements in a few sectors, including ICT," the KDI report said. "Hence, this cannot be interpreted as a recovery in overall economic activities." 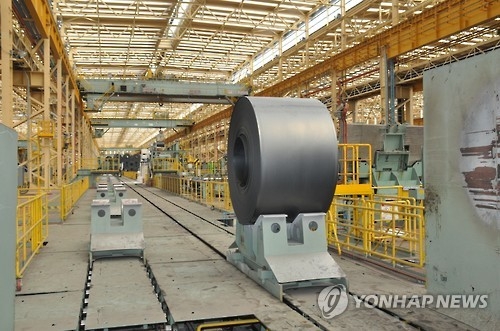