SEOUL, Sept. 6 (Yonhap) -- The health ministry rolled out a set of measures Tuesday to further prevent and monitor the spread of hepatitis C following the recent mass infection of the virus here.

The Ministry of Welfare and Health said it will examine all hepatitis cases instead of selected samples, as the early diagnosis of hepatitis C virus infection is crucial to preventing a mass infection.

Currently, an epidemiological inspection by health authorities is being conducted only when hospitals or medical facilities across the country voluntarily report the cases.

The ministry said it will require all hospitals to report cases of hepatitis C and an inspection will be conducted for every case.

"Hepatitis C was designated as a third-level infectious disease so that a patient can be detected at the early stages and hospitals or medical institutions will be fined up to 2 million (US$1,800) for not reporting a case," said Kwon Deok-cheol, a ministry official handling health policies.

Also, experts from private organizations or schools will work together with health authorities in conducting the inspections, Kwon said.

The ministry said it will hire more epidemiology investigators as there is demand for such positions following the outbreak of other diseases including the Zika virus and bird flu.

The ministry said it is pushing forward with including hepatitis C checkups as a part of regular physical examinations for people.

The government conducts nationwide general checkups for people aged over 40 every two years free of charge. People under 40 have to pay for such checkups.

The ministry said hepatitis C screening can be adopted as early as the first half of next year.

The ministry said it will not only strengthen monitoring of hospital hygiene and infection control but also focus on detecting unlicensed or sloppy treatments at clinics.

Three more people have been infected with hepatitis C, this time after receiving dialysis treatment, last week. They underwent the treatment at a hospital in the central city of Chungju.

Last month, more than 200 people were found to have been infected with the disease at a dental clinic in the southern part of the country, prompting health authorities to conduct an epidemiological investigation.

The ministry suspects the people contracted the disease after receiving various injections at the clinic, with many other similar cases suspected in other clinics earlier this year.

The ministry said Tuesday that 26 clinics were caught either re-using or not properly sterilizing syringes, with two of them to face criminal charges.

"Twelve doctors who committed illegal acts will be suspended for one month," said a ministry official, noting that those clinics had a number of hepatitis C patients.

The hepatitis C virus causes both acute and chronic infection. There is currently no vaccine, though about 15 to 45 percent of infected persons will spontaneously recover and clear out the virus within six months of infection without treatment, according to the World Health Organization. 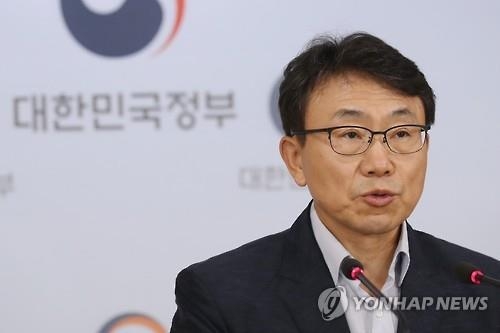