SEOUL, Sept. 6 (Yonhap) -- LG Electronics Inc. will unveil a new premium smartphone this week as it seeks to revive its struggling handset business.

The V20 smartphone, to be announced on Wednesday in Seoul, is the first smartphone in the world to run on Google's latest Android mobile operating system called "Nougat." 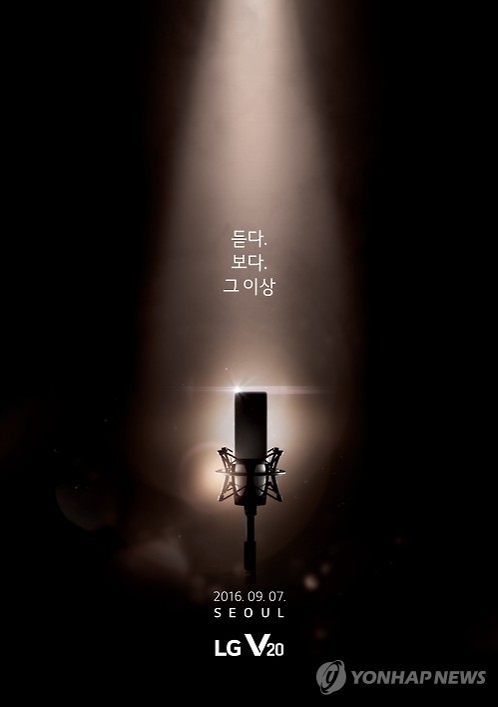 Details of the V20 will be announced Wednesday, but industry sources said the new premium smartphone features high-end audio quality, by integrating a 32-bit Hi-Fi Quad DAC (digital to analog converter) technology into the device.

"The new search mode featured in the Google app helps users find content not only from built-in apps, including contacts, emails, text messages and photos but also from user-installed apps," LG said in the statement.

"In Apps also enables users to discover recently accessed apps, people to get in touch with, messages to read or activity across apps without having to type a query," it said.

In-store sales of the V20 are expected to begin later this month.
(END)